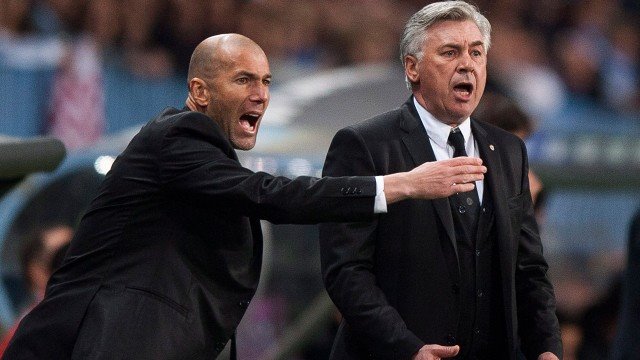 Real Madrid, the “los Blancos” European club of the century, lost patience over his new head coach manager Rafael Bentiz after conceding their fourth draw (2-2) against Valencia in round 18 for “la Liga” Spanish football league. They sacked him and announced Real Madrid former super star, ex first team, and Castilla youth coach Zin Eldien Zidane as their new first team manager for the rest of the season.

This decision made Rafa Benitez the sixth manager to be sacked this season in Spanish la Liga and the tenth head coach at Florentino Perez. Real Madrid after the draw in third position with 37 points, four pts behind Atletico Madrid, drew against sporting Gijon and Malaga (0-0) and against Atletico Madrid (1-1).

It also lost versus Villarreal (1-0) against Sevilla (3-2)and above all humiliating defeat against their biggest rival Barcelona (4-0) in their home stadium Santiago Bernabeau.

“We have taken what was a very difficult decision, especially for myself, to terminate Rafa Benítez’s contract as head coach. In Benítez, we’re talking about a top professional and a great man. I want to thank him for the commitment he has shown over the course of the past months,” Real Madrid President stated in a press conference in Santiago Bernabeau.

” Zin Eldien Zidane will be the Real Madrid first-team coach. There’s absolutely no doubt that he’s one of the game’s all-time greats. He knows better than anyone else just what it means to lead a Real Madrid squad and just how tough a position it is. He already knows the players and with him as assistant manager, the team lifted the club’s tenth European Cup,” Perez said. He  addressed Zidane directly: “I know that for you the word impossible doesn’t exist”.

Zidane was awarded three times in 1998, 2000, 2003 and is considered to be one of greatest top footballers. He played as an attacking midfielder for the France national team and for French clubs Cannes and  Bordeaux before joining Italian giant Juventus.

He moved to the Spanish Real Madrid where he became famous for his elegance, vision, ball control, and technique. Zidane was named the best European footballer of the past 50 years in the UEFA Golden Jubilee Polle and is regarded one of the greatest players in the history of the game started his managerial career.

A glimpse of the Clasico – Barcelona vs Real Madrid