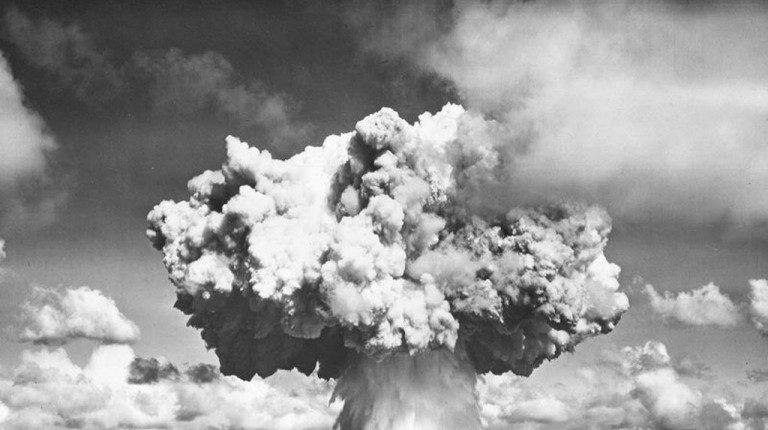 The international community has condemned a report from the Democratic People’s Republic of Korea that the country successively tested a miniaturised hydrogen nuclear device on Wednesday.

If the North Korean report is confirmed, it will be the country’s first hydrogen bomb test and fourth nuclear test, with previous tests coming in 2006, 2009, and 2013.  South Korea said it measured a 4.3-magnitude seismic event that it estimates occurred in the proximity of the North Korean nuclear facilities.

EU foreign affairs representative Federica Mogherini said the North Korean experiment is a “dangerous violation” for peace and security of the region.

The Russian Foreign Ministry said such acts will further exacerbate the political and military tensions of the Korean Peninsula.

The UN Security Council will hold an urgent meeting Wednesday to discuss the North Korean test.

Spokesperson of the US mission to the UN Hagar Chemali said the US and Japan requested an urgent discussion on the recent development regarding the North Korean test.

Pyongyang is already facing sanctions over its nuclear programme since its first nuclear test in 2006. Those sanctions may be expanded if the test is confirmed. North Korea’s neighbours have expressed concerns over the North Korean’s nuclear experiment.

China urged North Korea Wednesday to fulfil its commitment to nuclear disarmament and called on Pyongyang to prevent any provocative acts.

South Korean President Park Geun-hye said in a statement they will take action against North Korean provocation and will work with the international community to ensure that Pyongyang will “pay for its recent nuclear experiments”.

Japan also condemned the experiment and will consult with the US, China, South Korea, and Russia on the incident, Japanese chief cabinet secretary Yoshihide Suga said in a press conference and that “Japan cannot accept this”.

International nuclear discussion has recently been centred on Iran, who reached a deal with six world powers known as the P5+1 – China, France, Germany, Russia, the UK, and the US – to restrict its nuclear programme.

Iran has been subject to sanctions, which prohibited countries from exporting nuclear fuel-cycle facilities to Iran, and required that all countries freeze the assets of several Iranian organisations and individuals for their involvement in Iran’s nuclear and missile programmes.

In October 2015, Iran reached a deal that ended decades of economic sanctions in exchange for restrictions and enhanced monitoring on its nuclear programme.

Under the deal, Iran could keep 300kg of uranium — enriched at no more than 3.67% — for the next 15 years. The deal would also give inspectors from the International Atomic Energy Agency “extraordinary and robust” access to Iranian facilities.

While Iran has suffered years of sanctions and restrictions and Israel, the only country in the region that has nuclear weapons, is permitted to act freely with impunity.

Israel has never admitted it has a nuclear weapons arsenal and has never signed the Nuclear Non-Proliferation Treaty.