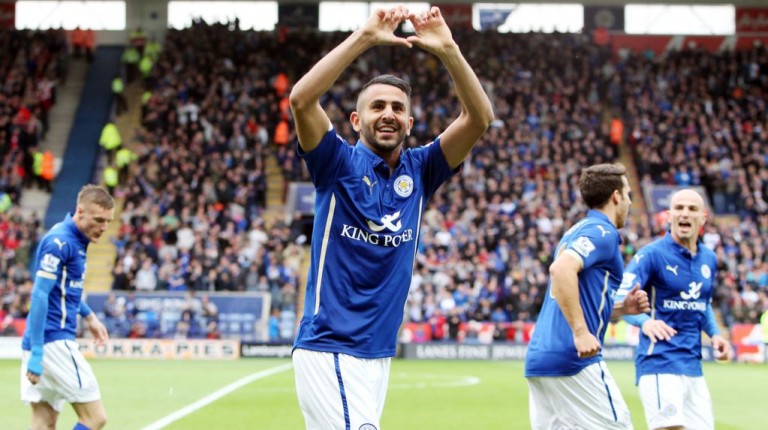 In a development that many regular Premier league fans would find surprising, Leicester City sits near the top of the Premier league table with 42 points and 11 wins after 20 rounds this season.

The  Foxes duel talents in attacking roles have garnered much acclaim for their play this year. However, Jimmy Vardy and Algerian international Reyiad Mahrez are not the only factors that have led to Leicester City’s amazing story this season. They have received guidance from experienced Italian Claudio Ranieri who was appointed head coach early this season and managed to develop a new playing strategy  maximise his team’s strengths and allows them to maintain top form even in away matches.

Ranieri, 64, formerly managed Chelsea,  Juventus, Roma and Atletico Madrid and did not expect a club like Leicester to be so organized in its structure. He has given plenty of credit to the Foxes former manager Nigel Pearson and stated publicly.

“I looked around at the staff and the fitness side, recruitment, video analysis and  found everything was amazing. The organization was perfect.”

Leicester City FC was founded in 1884 and hosts matches at King Power Stadium. They were promoted to the Premier League for the 2013-2014 season, signaling a return to the top flight of English competition after a decade away.

Leicester city followed the models of ascension that other top clubs, such as Atletico Madrid and Brussia Dortmund, have followed to reach the upper echelon of European football. Neither club had a high transfer budget to compete for international stars in their national leagues or in European  competitions and yet both managed to win their highest national championships when Atletico Madrid won the Spanish football league La Liga in the 2013-2014 season despite Real Madrid and Barcelona’s best efforts. The German Brussia Dortmund won the German football league, the Bundesliga, twice in a row in 2010-2011 and 2011-2012, despite Dortmund’s own modest budget and strong competition from Bayern Munich.

Both clubs were among the richest in budgets in the last five years, with Manchester City coming out on top with £473m while Chelsea’s budget was £471m.

Other teams trail behind with Manchester United coming in third at £440m and Leicester City even further at only £55m. Despite their budget, Leicester City managed to rank higher than these teams, with 2nd place in this season of the Premier League.

They have also signed Jamie Vardy, a goal scorer with 15 goals for Fleetwood Town in the 4th division for £1m pound. It is estimated that Vardy could fetch as high as £40m on the market.

The club has also bought Algerian player Riyad Mahrez from the French Le Havre for 400,000, who scored 13 goals in the English Premier League this season and who can now fetch as high as £30m on the market.

Other players purchased by the club include Marc Albrighton who came for free from Aston Villa to the French N’Golo Kanté who came from SM Caen for €5.6m.

Leicester City are projected to be one of the most successful clubs this year, proving they can compete, and beat, more famous clubs with higher budgets with good direction and an emphasis on finding fresh talent.