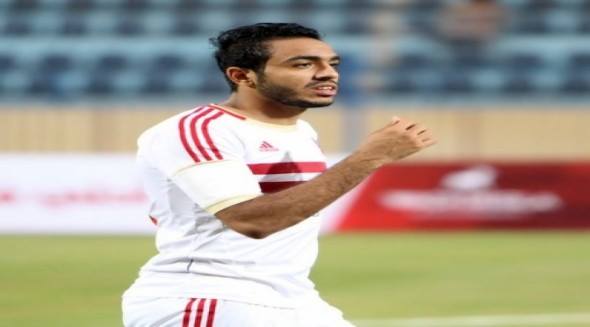 Egyptian international player Mahmoud Abdel Moneim, known to his fans as “Kahraba”, 21, entered as a candidate as final best talent list for the CAF African Football Association for 2015. CAF will announce the award results Thursday at an annual event in the International Conference Centre in Abuja, Nigeria.

The Africa best player award will be announced, with the top 3 three final nominees Andre Ayew from Swansea City, Ghana, Pierre Aubameyang  from Borussia Dortmund, Gabon, and Yaya Toure from Manchester CityCote d’Ivoire. The ceremony will honour the distinguished football personalities for their exploits during their year under review 2015.

Kharaba started his football career at ENPPI youth team before he was promoted to first team and showed much talent, which lead him to start his European professional career in Luzern FC in the Swiss Super League.

He however did not stay for long with Luzern since the Swiss team let him go for disciplinary reasons in 2014. He then managed to be back at the Swiss league for the Grasshopper Club Zürich in 2014 before ending his trip in Switzerland and moved back to Ennpi club in Egypt.

Kharaba signed with Zamalek in 2015 and his magnificent show there allowed the team twice into CAF Confederation Cup. He was named Man of the Match three times, which put him to compete in he café best promising with Azubuike Okechukwu, (Nigeria) Etebo Oghenekaro (Nigeria) , Djigui Diarra (Mali) and Zinedine Ferhat,( Algeria).

To be noticed the winners will be decided by votes from the CAF Football land Media Committees except Legend and Platinum awards, which are not subject to vote while Referee of the Year Award will be decided by the votes of CAF Refereeing Committee.