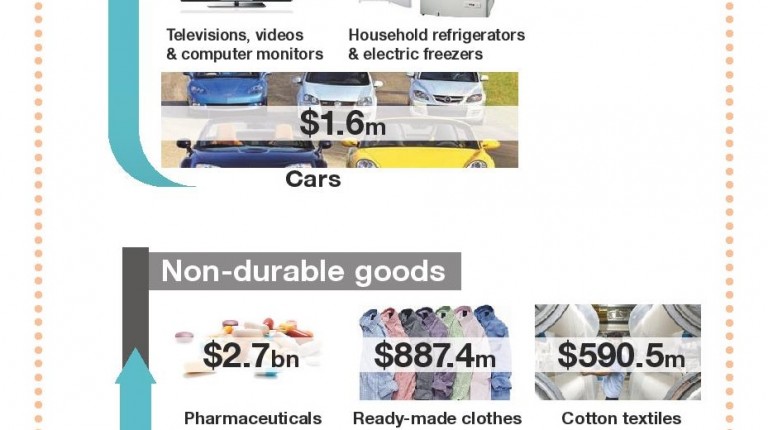 In response to the recent dollar crises in Egypt, the government aimed to limit “non-essential products” and came up with methods to control imports with the aim of “protecting the local industry”.

The Ministry of Industry and Foreign Trade published a list of imported products Sunday that will be banned starting February, unless their factories register in the General Organisation for Import and Export Control (GOIC), which is affiliated to the ministry.

The list is comprised of 23 categories of products including dairy products, canned fruits, cooking oil, and chocolates and products that include cocoa, sugary products, baked products, and fruit juices.

Egypt is suffering a severe lack of the dollar currency and a continuous decline of the pound’s value against foreign currencies, which significantly increased the imports bill and further burdened the Egyptian pound.

Egypt’s dollar crisis, which has worsened in 2015, was attempted to be resolved by appointing a new Central Bank of Egypt (CBE) Governor Tarek Amer. He addressed the issue by setting a new policy regulating the procedure by which importers are provided with foreign currency through domestic banks.

According to the policy, only those imports where foreign financial institutions issue collection documents directly to banks operating in Egypt will be allowed. Collection documents that are provided by the importer to the Egyptian bank will be declined.

CBE’s instructions also include obliging banks to acquire a 100% cash margin on letters of credit, which encourages funding of commodities for commercial companies or governmental bodies instead of the 50% that was applied before.

CBE excluded the import of medicines, vaccines and related chemical materials, and baby formula from the cash margin.

During the press conference in late December during which Amer announced these new regulations, he blamed citizens for consuming “luxurious” products, which consequently increases the imports bill.

The category that Amer mentioned is a subcategory in the CBE annual reports on imports.

According to CBE’s latest figure on imports in the previous fiscal year, the imports of fuel and mineral oils products registered $10bn compared to $8bn for raw materials, $16.4bn for intermediate goods that serve as inputs in the production of other products, $10.3bn for the means of production, $4.3bn for home appliances, and $9bn for non-durable goods under which falls the ready-made clothes sub category.

In an attempt to curb the rise of imports, the government also announced a cooperation programme with CBE in November to link the amount of cash that importers obtain from the banks to the bills they submits to the Customs Authority.