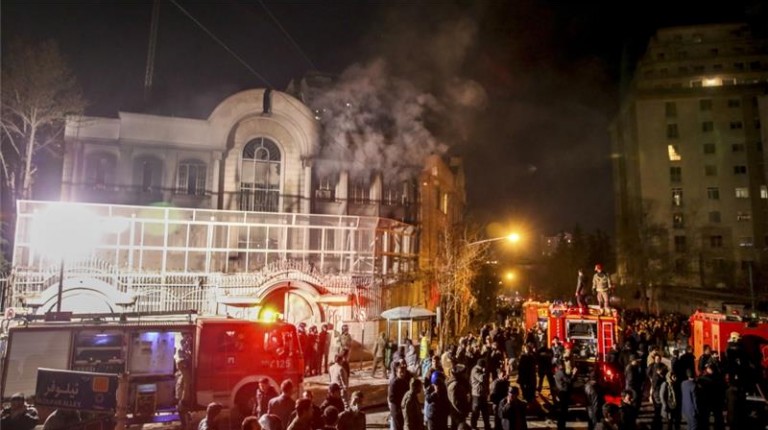 Saudi Arabia’s execution of Shi’a cleric Nimr Al-Nimr along with 46 other persons, including three other Shi’as and dozens accused of being affiliated with Al-Qaeda, has sparked a wave of protests in Iran, with the Iranian supreme leader Ali Khamenei saying that Saudi Arabia will face “divine revenge”.

“The ministry summoned this morning Qatar’s ambassador to Tehran against the backdrop of attacks on the embassy of the Kingdom of Saudi Arabia in Tehran,” the agency quoted Khalid Ibrahim Abdul Rahman Al-Hamar, the director of the Asian Affairs Department.

The Qatari response is similar to actions taken by other Arab countries following the attack on Saudi Arabian diplomatic missions in Iran.

Earlier Wednesday, Djibouti also ended its diplomatic relations with the Islamic Republic in solidarity with Saudi Arabia, to become the fourth country to cut ties with Iran, followed by Qatar.

Kuwait and Jordan have also summoned their envoy to Tehran to convey their condemnation of the storming of the Saudi diplomatic buildings.