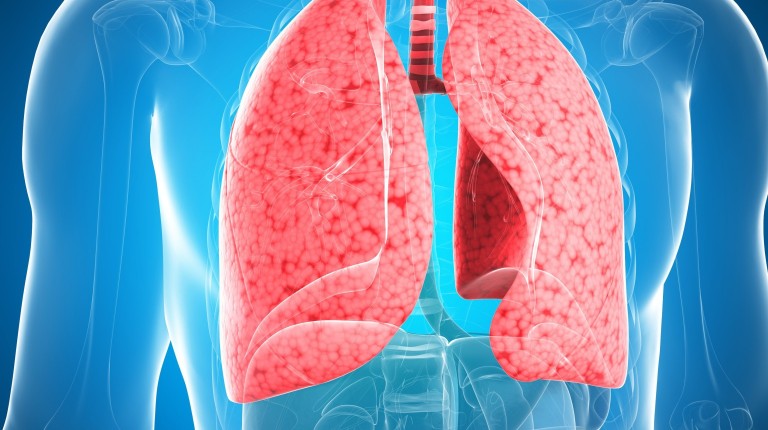 The World Health Organisation (WHO) announced the need for vaccination against pneumococcal bacteria, which causes pneumonia. Global statistics reported the occurrence of an estimated two to three million deaths each year of all ages, doctors announced during a press conference that was held in occasion of International Day of Fighting Pneumonia.

Bacterial pneumonia in children is caused by several bacteria or viruses, one of which is pneumococcal bacteria usually found in the upper respiratory tract of the child including the nose and throat. It then spreads into the lungs, causing pneumonia syndrome, Professor of Paediatrics at Faculty of Medicine Cairo University Ahmed Al-Beleidy said during the conference.

Al-Beleidy said the disease is transmitted from one child to another through droplets caused by coughing. He said common symptoms include quick breathing or difficulty breathing, coughing, fever, loss of appetite, and wheezing, which is the most common symptom in viral infections.

He said bacterial pneumonia treatment relies mainly on taking a course of antibiotics and that some cases could be effectively treated at home. Others however need to be treated in hospitals and medical centres, particularly infants and children under the age of two.

Children can be protected from pneumonia resulting from pneumococcal bacteria and avoid its complication that can lead to death through vaccination. The vaccination consists of four doses taken when the infant reaches two months, then at four months, six months, while the fourth dose is taken between 12 and 15 months.

Professor of Chest Diseases at the Faculty of Medicine at Ain Shams University and President of the Egyptian Scientific Society for Bronchial Diseases Tarek Safwat stressed on the importance of vaccination against pneumococcal disease to avoid the associated health risks.

A pneumococcal infection may cause a range of serious infectious diseases including pneumonia, meningitis, and adhesive otitis media and they can be transmitted through respiratory droplets that come out of the nose or mouth.

Tarek said those adults who are most vulnerable include those over 65, adults who suffer from chronic diseases such as diabetes type 2 and specific type of cancers such as leukaemia, and patients who have undergone organ transplants or suffer from kidney and pneumonia chronic diseases. He recommended precautions such as immunisation, which is now an option for everyone between two months and over 50 years.

“Pneumonia is the most common cause of hospital admission,” Tarek said.

General Director of Vaccinations at the Serum and Vaccine institution Mostafa El-Mohammadi said that despite the fact that viral infections are most prevalent in the winter, most can be cured by following a simple treatment programme. The real problem is the inflammatory bacterial infections, which could occur as a complication following viral infections or a severe bacterial infection that had occurred previously.
He said the seriousness of a bacterial infection of the respiratory system is that the infections resulting from its complications are some of the most dangerous. It ranks sixth place among infectious diseases that could lead to death, according to reports of the International Centre for Infectious Diseases.
The most common form of a bacterial respiratory disease is pneumonia and most bacterial microbes that cause it stem from a microbe called Ostreptucox Nimony, which is responsible for the most cases of pneumonia as well as bronchitis and chronic obstructive pulmonary relapses, El-Mohammadi noted.

Besides protection from serious complications of the infections, there are other benefits to the vaccination. Some include reducing sick days at work or school, reducing the rate of antibiotic doses to reduce the cost of treatment and the spread of resistant bacteria, and reduce the chance of developing complications that would require hospitalisation.