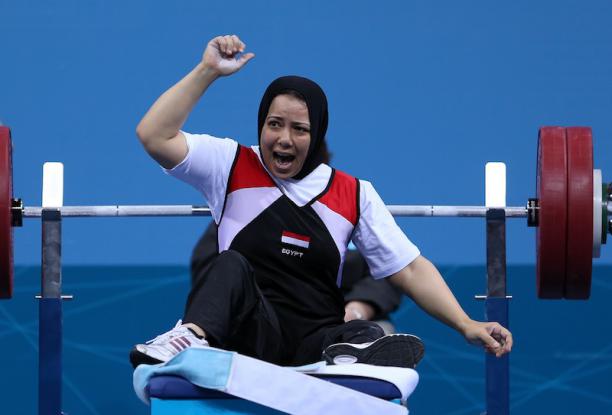 Egyptian weightlifter Fatma Omar, 43, with the Egyptian weightlifting national team won the World Weightlifting Championship with a gold medal in the 61kg division in Dubai. Omar hit the record number 135.5. She left her studies to dedicate to sports and since 1997 she won receive several medals and achieved several records through national tournaments.

Before flying to Dubai, Omar was banned for years, which stopped her from participating in the 2016 Rio’s Summer Paralympics. The Egyptian Paralympic Committee banned her because she was using banned substances. Omar however stated that the medical department in the committee was late sending her case medical analysis to the International Paralympics’ Committee.

Minister of Youth and Sports Khaled Abdel-Aziz is currently investigating the issue and hopes to find a quick solution.

Weightlifting for Egyptians with physical disabilities

Egypt at the Paralympics