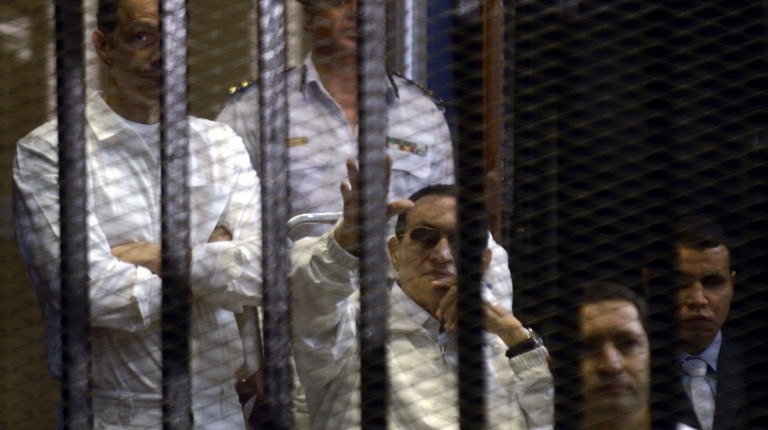 The Court of Appeals rejected the appeal of the three-year prison sentence issued in May 2015 to former president Hosni Mubarak and his two sons, Gamal and Alaa Mubarak, on Saturday.

Between May’s sentencing and appellate court’s decision, the Mubaraks had been released on bail while investigations continued in the case. Hosni Mubarak is currently staying at the Military hospital where he is purported to be receiving medical supervision.

Former judge of appeals court Refaat Al-Sayed reportedly said: “The verdict is final and cannot accept any further appeals; defendants must abide by the verdict, whether imprisonment or fine.”

Al-Sayed also referred to the crime of embezzling public funds as a crime that strips the accused of practicing their political to vote or hold governmental post, according to the law. These restrictions can be vacated 12 years after the start date of executing the verdict, according to Al-Sayed.

In May, the Cairo Criminal Court sentenced the Mubaraks to three years in prison without parole. They were accused of embezzling EGP 125 m in public funds allocated for the renovation of presidential palaces to upgrade family properties.

Mubarak’s sons were charged with aiding their father in the seizure process.

The Court of Cassation annulled a previous court ruling in May 2014 that sentenced Mubarak to three years in prison, while his sons were handed four-year prison sentences.

Former prime minister Mehleb was also implicated in the case, but no charges were brought against him, despite court papers originally alleging that he was involved in the graft scheme.