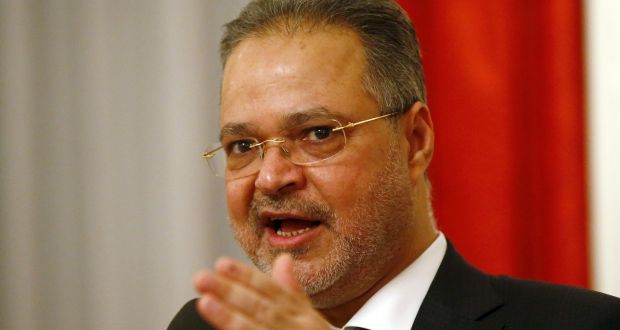 Yemeni Deputy Prime Minister and Minister of Foreign Affairs Abdel Malek Al-Mekhlafy arrived in Cairo Friday to meet several Egyptian officials to discuss the latest updates regarding the conflict in Yemen. The visit is expected to last five days, according to the official news agency MENA.

In addition discussing the latest updates on the ground in Yemen, Al-Mekhalfy will participate in the a meeting of Arab foreign ministries Sunday to broach Saudi Arabian-Iranian tensions.

Meanwhile, former Yemeni president Ali Saleh said Friday he will never negotiate with the government of his successor, Mansur Hadi. Saleh’s statements have raised doubts regarding the current peace talks between the conflicting parties in Yemen, which are supposed to resume later this month.

Saleh and units formerly of the Yemen Army still loyal to him have allied with Houthis. These joint forces are currently fighting  a Saudi-led coalition that aims to reestablish the “legitimacy” of  Hadi, who is the internationally recognized ruler of Yemen .

Both sides began peace deliberation in Geneva in December but failed to reach an agreement to end the conflict, which so far has resulted in the deaths of 6,000 persons. The next round of talks will take place on 14 January.

Saleh said in a broadcasted speech on his TV channel Al-Yemen Al-Youm that “the negotiations are being held with the Saudi regime and not with fugitive Yemeni mercenaries looking for power”.

Since March 2015, Saudi Arabia has conducted strikes in Yemen to help Hadi to regain control of the country, after Iran-backed Houthi forces took over the government in Sana’a.