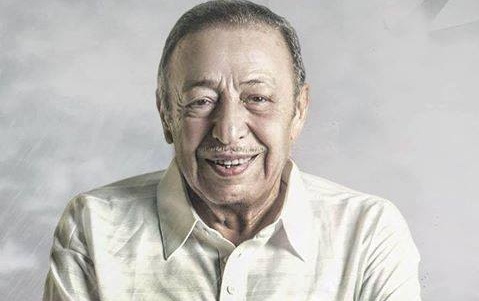 He suffered from a case of angina pectoris and was hospitalised for a week. He had requested to be discharged on Friday.

He started his football career when he joined the Al-Zamalek youth team as a striker in 1957. He was then promoted to the first team in 1958 and played until 1975. Hamada’s skilful and intelligent playing contributed to helping the team win a lot of titles.

He won the Egyptian league three times first in the 1959-60 season and the first Al-Zamalek two consecutive times in the 1963-64 and 1964-65 seasons. He also won the Egyptian Cup three times. One of his best games was in 1966, when Al-Zamalek played against English FA Cup winner Tottenham (5-1); Hamada had scored three out of five goals in the match.

He qualified for the final Egyptian Cup for under 20 teams against Zamalek’s biggest rival Al-Ahly.

Hamada accompanied his father, who was an army officer in Gaza and forced his son to study and not to play but Al-Zamalek club appealed to then minister of defence Abdel Hakim Amer, who was a famous Al-Zamalek fan. Amer ordered to return Hamada from Gaza to Cairo on a military plane to play the final against Al-Ahly. He played and scored five goals and Al-Zamlaek won the under 20 cup 6-0.

In 1974 Hamada decided to quit playing after participating in the 1973 war against Israel as an army officer. He went to work as a club adminstrator. The White Fox had scored a total of 74 goals with Al-Zamalek and gave an astonishing performance. His excellent discipline and attitude made him one of the club’s top legends in football.

Hamada was born in the Mounira neighbourhood on 28 November 1943 and graduated from military college and served until he retired from the army. He married Magi Elhalawany, who was dean of the faculty of mass communication. They had two sons; Hazem and Ashraf.