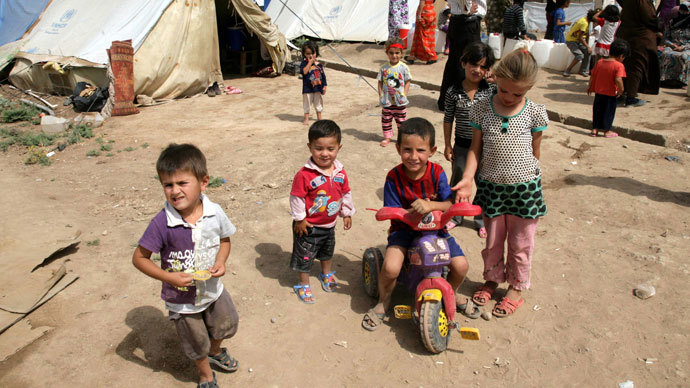 A UN aid convoy for the besieged Syrian village Madaya which was due to arrive on Sunday has been delayed to Monday by last minute complications.

The World Food Program (WFP) planned to deliver shipments of food and medicine to the area, where 40,000 people have been trapped for six months, on Sunday, after the government agreed Thursday to allow in aid. The convoy however was delayed and is now due to arrive Monday.

The reason behind the delay remains unknown.

Madaya, a rebel-held town near the Lebanese border, received humanitarian aid in October before falling under siege, according to the UN office for the Coordination of Humanitarian Affairs.

The city has been surrounded since early July by pro-government forces including Lebanon’s Shi’a Hezbollah, allies of the Syrian government.

Dozens of images and videos have circulated on social media over the past weeks, depicting citizens of Madaya appearing to be severely malnourished and suffering from famine.

Amnesty International issued a report Friday describing the situation in Madaya, collating first-hand accounts of life in the besieged city. The report highlighted the importance of allowing humanitarian access to all civilians and the need to lift the siege on civilian populations across the country.

“We eat once every two days to make sure that whatever we buy doesn’t run out. […] In Madaya, you see walking skeletons. The children are always crying,” Mohammad, a resident of Madaya, told Amnesty International.

A ceasefire agreement in September 2015 was expected to guarantee the unimpeded access to aid and the evacuation of injured civilians; however, the agreement was not implemented on the ground.

“Syrians are suffering and dying across the country because starvation is being used as a weapon of war by both the Syrian government and armed groups,” said Philip Luther, Middle East and North Africa Director at Amnesty International.

The organisation has reported that many residents of Madaya have been starving to death, reporting that they eat leaves from the trees due to the decrease in food supply and the increase in prices.

International medical group Médecins Sans Frontières (MSF) has reported that 23 patients in the group’s health centre have died of starvation since 1 December.

Of the 23 people who have died, six were under one year of age, and five were over 60 years old.

According to MSF, approximately 20,000 residents of the town are facing life-threatening conditions due to the acute deprivation in basic needs.

The UN estimates that up to 4.6 million persons in Syria live in hard-to-reach areas, including around 400,000 people in 15 besieged cities who have no access to life-saving aid.

Saudi-Iran tensions must not hinder Syria peace talks: US