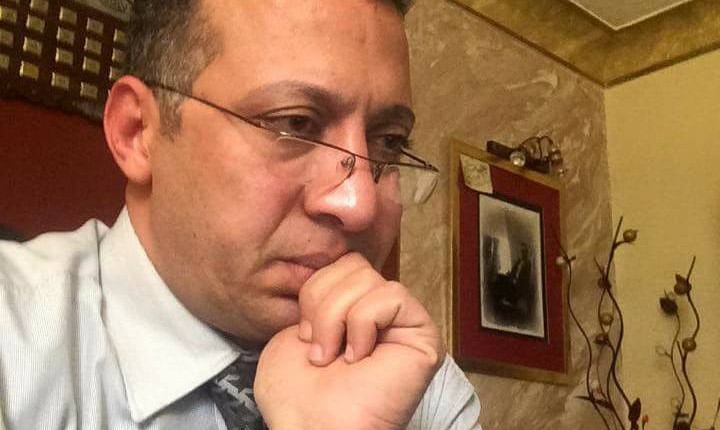 Human rights lawyer Tarek Al-Awady filed a report Sunday to the Prosecutor General after security men confiscated his passport without disclosing reasons, upon his arrival from a business trip in Qatar at Cairo International Airport.

In his report, Al-Awady called for monetary compensation for the “damage caused to him”. He also said he will take all legal measures against the Minister of Interior.

“My five-day working trip to Qatar is annual since 2008. Upon my arrival to the security check point for passports, I was surprised to find an alert that appeared saying ‘wanted immediately’,” Al-Awady wrote on his Facebook account.

He was then requested to go to the passports office. “When I asked the officer escorting me about the reason, he said it is a similarity in names,” he said.  “Upon arrival to the office, another officer told me ‘you can leave now we do not want anything’.”

The outspoken lawyer has previously filed a number of lawsuits against controversial public figures, such as anchors Ahmed Moussa and Mona Al-Iraqi. He filed another case against notorious lawyer Mortada Mansour on libel charges. However, in May 2015, Mansour reconciled with Al-Awady.