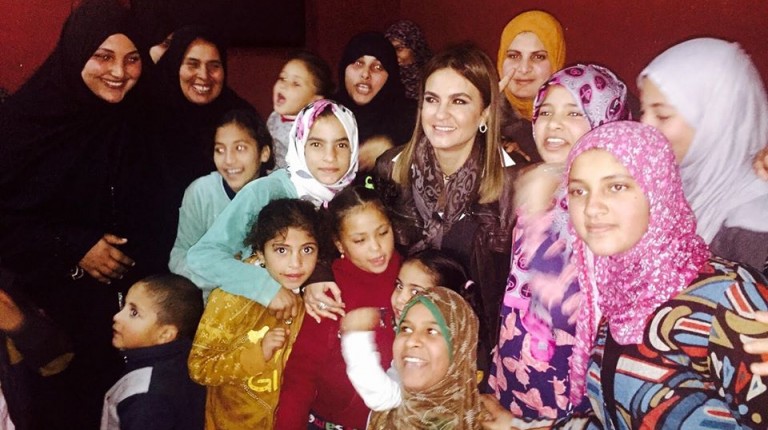 Minister of International Cooperation Sahar Nasr announced a possible funding mechanism to spark development in North Sinai in her visit to the peninsula on Sunday. Nasr has met with six Arab financial institutions to broach the subject of financing the estimated $1.5bn in development works.

In December, Nasr announced that Egypt will propose a series of development projects in Sinai to Arab development institutions. At that time, Nasr stated that construction was estimated to cost $1.5bn. To achieve this aim, Nasr visited the UAE, Saudi Arabia and Kuwait in December where she met officials from the Kuwait Fund for Arab Economic Development (KFAED), Khalifa Fund, Abu Dhabi Fund for Development, the Public Investment Fund (PIF) and the Egyptian-Saudi Coordination Council, which is a joint committee including officials from both countries.

All of these financial institutions operate under the auspices of their respective governments.

The KFAED has previously provided loans to a number of electricity projects in Egypt, notably the Egyptian-Saudi electricity linkage project—estimated to cost KWD 30m—and the West Cairo power station—estimated to cost KWD 60m. The Khalifa Fund has provided several loans for micro-projects in Egypt in 2015. The fund approved $200m in loans in SMEs. The Abu Dhabi Fund has provided $49m to fund projects in the Egyptian power sector.

The development projects in Sinai are intended to improve the sectors of housing, road construction, agriculture, and education.

Sinai is considered a vital and strategic region for Egypt and a priority in its national security agenda. The situation in the region has particularly raised alarm over the past two years due to the surge in militant activity and the increasing number of operations targeting security personnel and facilities in Al-Arish, Rafah, and Sheikh Zuweid.

Sustainable development in Sinai has been a pressing concern since Egypt regain sovereignty over the region in 1982. Caught in turmoil and militant activity, Sinai has remained mostly underdeveloped and its community marginalised.

The Egyptian Ministry of Housing previously planned for 15 development communities in North Sinai in 2015 at the cost of EGP 16m. It is currently developing 140 acres while an additional 120 acres are expected to be developed.

President Abdel Fattah Al-Sisi issued a decree in August 2015 amending a number of provisions of law 14/2012 which regulates the development of Sinai. Ten articles were replaced with new ones, with the purpose of avoiding the involvement of state institutions in any legal disputes with investors who made legal contracts prior to the adoption of the law in early 2012.

The law further authorises dual-citizenship Egyptians and foreigners to own buildings in the region without owning the land on which they are built. The law also authorises granting the right of usufruct to non-Egyptians for residential purposes for a period not to exceed 50 years.

Nasr was joined during her visit to the peninsula by North Sinai Governor Abdel Fattah Harhour who announced that the Egyptian Armed Forces will participate in the development of 24 complexes to supervise the implementation of agriculture, industrial, and urban projects in the region.