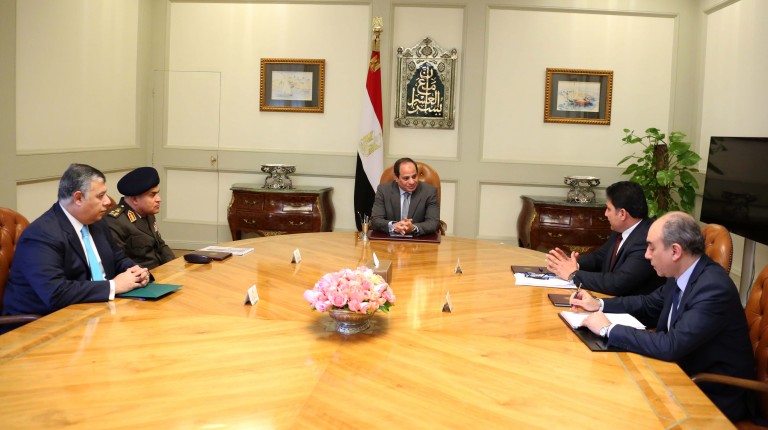 Presidential spokesperson Alaa Youssef said the meeting included discussions over the current negotiations between Egypt , Ethiopia and Sudan regarding the dispute over the Grand Ethiopian Renaissance Dam (GERD).

He added that an Egyptian delegation will partake in this visit. He added that the water studies undertaken by the consultant firms will conclude by the end of this year, in accordance with the declaration of principles signed last March.

Al-Sisi highlighted the importance of taking critical and serious steps in the framework of implementing the declaration of principles. He further underlined the significance of trying to reach a joint understanding to maintain the rights of the three countries while also achieving benefits.

Al-Sisi sought to ensure of the quality and type of water used in agriculture, and the provision of security measures for the Al-Salam canal project, whether for workers or the working sites and the equipment used in implementing the project.

Youssef added that the meeting included the presentation of a number of projects implemented by the Ministry of Irrigation, particularly in the field of treating and reusing sewage water through the use of new technologies.