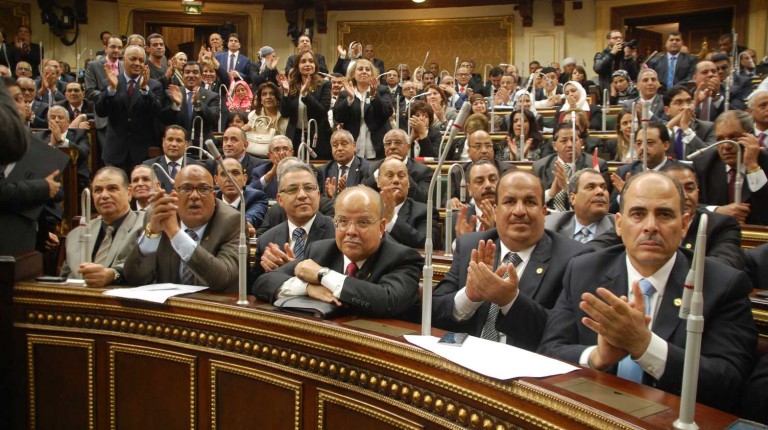 El-Sherif was one candidate amid a field of 16 candidates, becoming the first deputy speaker, while a second one is set to be elected Monday.

The coalition, born out of the “For the Love of Egypt” electoral list managed by Sameh Seif El-Yazal, triumphed Sunday when its candidate for parliamentary speaker, Ali Abdel Aal, was elected.

A runoff election between Alaa Abdul Moneim, also a member of the coalition, and Suleiman Wahdan, the candidate fielded by the Al-Wafd Party, will take place on Monday for the position of second deputy speaker. Abdul Moneim received more votes in the initial  round of voting than Wahdan, with 225 votes compared to 157 votes, respectively.

However, according to the official website for Egypt’s parliament, the results “are close… [and thus] require a second round.”

The first parliamentary session was held Sunday. It lasted for nearly 17 hours uninterrupted, and is expected to resume Monday at 2 pm.