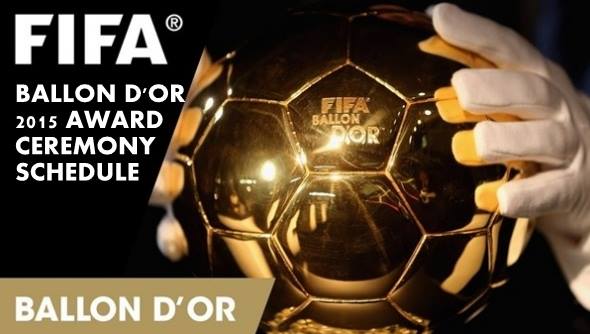 The world’s best players and coaches will be assembled in one place Monday night for the announcement of the annual FIFA Ballon d’Or for men and women, which will be handed out along with a series of other awards for the 2015 football year.

In November, a shortlisted for the prestigious award for men was announced; Barcelona’s Lionel Messi and Neymar will be up against Real Madrid’s Cristiano Ronaldo. Men’s national team coaches and captains as well as international media members will vote to decide the winner.

The shortlist for women includes Carli Lloyd Aya Miyama and Celia Sasic. Women’s national team captains and coaches, media members, and the FIFA World Coach of the Year for men’s and woman’s football will vote to decide the winner.

Lionel Messi is considered the top contender in the men’s award after amazing year with Barcelona, in which he lead club to spectacular 5-trophy 2015.  His Barcelona teammate Brazilian Neymar has had an equally dazzling 2015, actualising his boundless potential. Real Madrid bomber Cristiano Ronaldo, who has won the award twice before and is widely considered the best raw talent in the world, was the La Liga and Champions League top goal scorer.

The top three nominees for the FIFA Ballon d’Or will be determined after a voting process is opened to the captains and head coaches of men’s national teams worldwide. This includes 207 FIFA association members in addition to international media representatives.

For women, the same process is applied to choose the top three nominees for FIFA Women’s World Player of the Year.