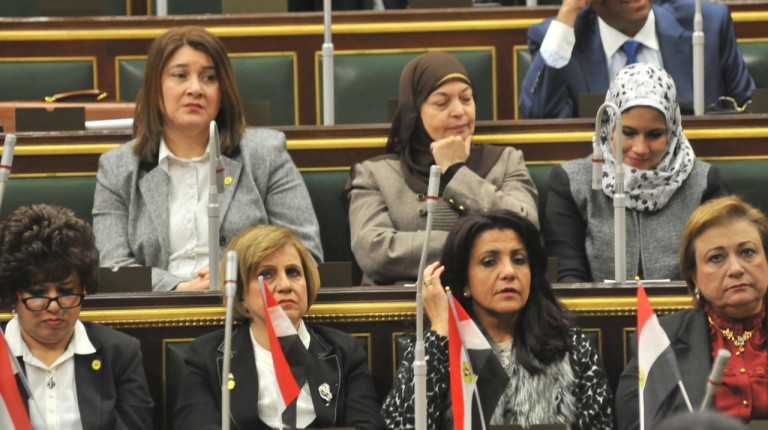 Egyptian women continue to suffer poor political representation and low levels of political participation, according to a report issued by the Appropriate Communication Techniques for Development Centre (ACT).

The report addressed the status of Egyptian women and observed their political participation during November and December 2015 in four towns in the governorate of Giza.

“Despite women playing an important role in the two revolutions, a large sector of the Egyptian society still believes that the female political participation is not important,” according to the report entitled Monitoring the Current Reality of Political Participation of Egyptian Women.

The report recommended launching an educational programme within the framework of a national initiative that aims to build a positive image regarding the importance of female participation in the political sphere.

“The language of the message needs to be understandable to the target audiences, who are women with low levels of education or even illiterate,” the report read.

Political parties should also play a role in increasing female political participation. The study recommended the introduction of training programmes for women from different age demographics to instruct them on the strategies of the electoral process, especially the parliamentary elections.

“[The report recommends] reformulating internal systems of those parties to introduce binding mechanisms for the appointment of women in leadership positions in the parties,” the report read.

Additionally, media should spread the culture of equality and break the stereotypes of women since these misconceptions build a wrong image for the role and reality of a woman’s life.

The paper also called on women rights organisations to launch activities that work on increasing the awareness of the importance of women’s political participation to allow women to enjoy the rights stated in the international human rights conventions.

“These activities need to clarify for women the relation between the electoral process and the economic and social issues that affect their daily lives,” the report explained.

ACT is currently in the process of organising a number of events, in which they aim to spread the results of the study. They plan to put the results into action and start implementing them by coordinating with a number of governmental and non-governmental organisations.

ACT is a non-governmental organisation that was established in 1990 to provide organisational and technical aid for civil society organisations to activate their role in society and strengthen the culture of citizenship.

In Pictures: A parliament in place