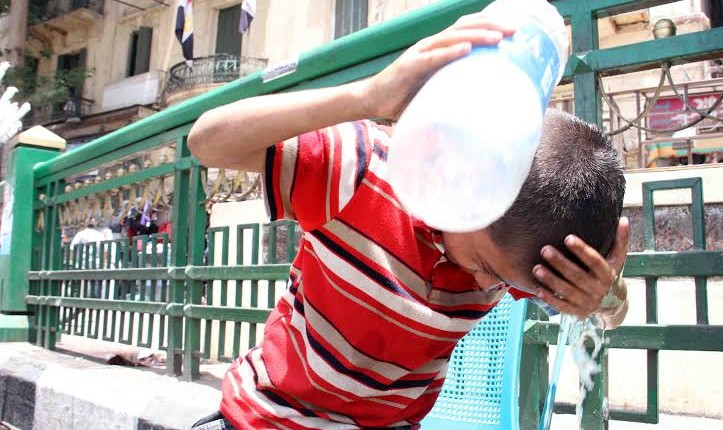 “I love my job; I love waking up every morning with nothing on my to-do list but helping people,” Davide Maged said, describing his personal thoughts between each and every one of his medical victories.

Maged is an Italian-Egyptian entrepreneur who decided to create a new platform to help people, from treating children with dangerous burns to those who faced the threat of cancer. Maged currently has a six-year list of patients who got to see another day thanks to his startup.

Elite Medical Services (EMS) aims to provide underprivileged people seeking medical care with medications and consultation that is comparable to that provided to high-income earners, while relieving them of spending much money for treatment.

EMS includes a network of Italian specialists, as well as officials on a governmental level, aiming to provide those in need with the best care possible.

Daily News Egypt met Maged to learn more about EMS, its goals, and how it performs.

How did EMS start?

Everything started with one key case; I have been living in Egypt for six years now, working at the Italian hospital. During the [25 January] Revolution in 2011, I met a 14-year-old child named Mario, who was suffering from an acute form of leukaemia.

When he came to the Italian hospital, there was a problem with the blood bank and it was closed for two weeks. As the person in charge of the bank, I received all types of requests. However I was intrigued to see one particular patient who was requesting massive amounts of blood every day. When I finally met him, I was completely shocked to find out that the patient was actually 14 years old.

Instantly, I became connected and consumed in the case. Over time, his condition kept deteriorating due to the fact that his doctor gave up on his recovery. On his birthday however, I promised to help him get better and instantly I started contacting my professors in Italy to get him any second opinions or treatment options.

After a few calls, I established a network of Italian doctors, ministers, officials, and even with the Lazio region’s governorate. Between the endless calls and emails, I contacted the chief of the oncology department, Professor Giorgio Dini in Gaslini’s Children Hospital in Genoa, which is recognised worldwide for the excellence of its oncology and cardiology department.

Over the course of several phone calls, the professors, who understood the particular severity of the case, offered to treat Mario for absolutely no charge. Yet I still had other problems and financial obligations, such as the hospital’s fees. Since the hospital is actually under the umbrella of a prominent cardinal, the professor advised me to contact someone in the Vatican.

Through multiple friends, I was able to eliminate the fees, get the needed visa for Mario and his mother, and travel to Italy just few days later. Unfortunately, Mario passed away in the end, but at least he was able to realise his dream and stay hopeful until his final minute. This story is not the standard case, but it is the infrastructure of EMS.

Why did you choose to establish this centre in Egypt?

It is very difficult to approach a hospital abroad for high complexity medical consultation or travel to another country for treatment. Aside from the financial aspect, it is a whole new world; how would anyone be able to find the right hospital and doctor in a completely strange country?

After Mario’s case, I had a strong network of experts and officials, along with an extended knowledge of the medical care reality in Italy. I was very inspired to help everyone by sharing my knowledge of the Egyptian reality and the Italian healthcare system. Instantly I started establishing a whole entity, the Elite Medical Services.

We currently also receive calls and managed complex cases of all ages and emails from other countries in the region such as Saudi Arabia, the UAE, Qatar, and Kuwait.

How does the company operate?

EMS is the first company of its kind to offer these services and methodological professionalism both in Italy and in Egypt. The idea behind EMS is to help people with illnesses and whatever is needed, and offer a second chance to severe cases. For this, funds are allocated twice a year to help with second opinions, medical trips, and treatments for the less fortunate cases we come across.

What services does the centre provide?

EMS offers its clients several types of services; a second medical opinion, medical trips, and the air ambulance service all towards or from Italian top ranked hospitals.

Obviously, things can vary from each case to another; each patient has their own story. While we provided the option of a second opinion and medical treatment for Mario, we had another case a year later, Menna, who received full treatment in Italy. Another case was a young boy, Ahmed, who suffered severe face burns and got a specialised and innovative mask that helped heal his scars. Since we established the company, we offered 500 second opinions and 20 high-complex treatment trips to Italy within the last year.

I also aim to raise local professionalism and knowledge by creating a solid link between the medical systems in Egypt and Italy. Whenever I receive a second opinion from an Italian professor, I make sure to deliver it to the Egyptian doctors that I know to raise general standards.

With that said, we just launched an additional service of onsite medical management. Last July, we started working with Teleperformance, a multinational leader in contact centre, where we provide and manage a complete medical clinic run by a motivated and a well trained group of young doctors that are available 24/7.

We are currently working on yet another service, which is the home care nursing service. I want to have a team of nurses that can supervise the cases in their own houses. I am still working on building a team and system that I can depend on.

How does your process work?

As a start, I speak with the patient and ask for their medical history and reports to curate my own report. Next I start contacting the suitable professors and hospitals based on my knowledge and experience. But most importantly, based on the technical, ethical, and scientific depth of the case and in tight collaboration with the medical teams in both countries, I work on the case assessment to then proceed with the logistics in terms of paperwork and financials.

Why Italy in particular?

Italy is classified by the World Health Organisation (WHO) as one of the top three countries in the arena of medicine along with France and the UK. Meanwhile, it has world-class medical publications and entities. Basically there is a very strong historical medical culture in Italy and yet it was not marketed well.

Additionally, it is much closer than many other countries since we can fly directly to Milano in three to four hours, which enhances the safety margin.

How much did the local and Italian governments aid this project?

Over the years, we have signed partnership deals and medical and scientific collaboration contracts with many hospitals and entities including Gruppo Multi Medica, IRCCS Policlinico San Matteo, IRCCS Policlinico San Donato, European institute of oncology, IRCCS Cardiologico Monzino, and many others. I would like to highlight that some of those are Italian public institutions, which represent yet another source of pride for EMS because it is rare and difficult for public structures to sign any medical and scientific international collaborations with private entities.

We are proudly connected with more than 35 hospitals working with us, all with different specialisations and known for being the best in their field. We can also count on the support of an Italian network of professionals specialised in rare diseases

We had an official opening in March here in Egypt and the Italian ambassador personally attended the event. After the hard work in building such a network in Italy, we are now thriving on having the same esteem and support from local entities.