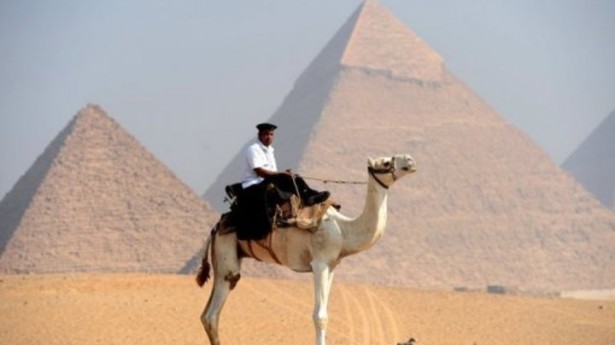 Al-Ashry is the brother of Gamal Al-Ashry, former member of parliament for the Freedom and Justice Party. Abd El-Aal and his sons are accused of taking part in the attack on the Three Pyramids hotel in Giza.

The investigations revealed that Al-Ashry allegedly ordered a number of Muslim Brotherhood members to carry out an attack on the hotel and target a tourist bus that had a number of tourists on board.

The investigation further purported that Al-Ashry received assignments from Muslim Brotherhood leaders in Qatar to undertake “several terrorist operations” before the anniversary of 25 January Revolution, targeting hotels in the area surrounding the Great Pyramids in Giza.

His two sons are alleged to have been among the masked assailants who committed the shooting at the Three Pyramids hotel on Thursday.

The investigations claimed that the defendants carried out the terrorist attack and then hid out in an apartment in the Sheikh Zayed suburb of Giza.

Meanwhile, a Swedish tourist who was injured in a Friday attack on an Egyptian Red Sea resort has been discharged from hospital, medical officials said Sunday.

Sammie Olovsson, 27, was among three tourists who were injured on Friday during an attack by men carrying knives on the Bella Vista hotel in Hurghada.

An official at the hospital, Alaa Mohamed, told France Press that the Swedish patient left hospital late Saturday. He added that another Swedish married couple is still in the hospital, but their condition is stable.

According to the state-owned newspaper Al-Ahram, the Supreme State Security Prosecution is continuing its investigations into the attack.

Armed assailants stormed the Bella Vista resort on Friday, opening fire on the residents of the hotel.

The Hurghada and Giza attacks add to a series of incidents in which tourists have been targeted in Egypt. The attack follows the downing of a Russian plane in North Sinai on 31 October, which led to the death of all the 224 passengers and crewmembers on board. The incident resulted in enormous losses of revenues from Egypt’s tourism sector.