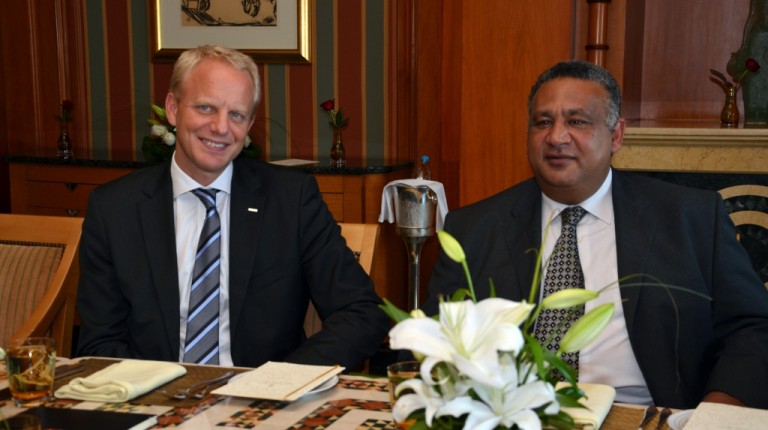 Madinet Nasr Housing and Development (MNHD) signed protocol with the Ministry of Defence, the governorate of Cairo, the Urban Planning Authority, and the General Authority for Roads and Bridges as a precursor to ratify Taj City’s amended master plan.

The amendments accommodate the redistribution of the project’s amenities and facilities, MNHD announced in a press conference Sunday evening.

The Taj City project’s master plan is designed on an area of 3.5m sqm, close to the Cairo International Airport.

In addition, the protocol includes a commitment from MNHD to support the development of public roads and highway intersections in the areas surrounding Taj City, including the service axis running parallel to the Ring Road.

MNHD Chairman and Managing Director Ahmed El-Sayed said the cost of Taj City’s development is EGP 30bn, noting that it will create thousands of direct and indirect jobs.

He said infrastructure works are already in progress with the main sewage piping installed and water and electricity networks complete.

El-Sayed said the project was designed by Belgium’s DDS and will feature a wide variety of residential units, villas, office buildings, a medical centre, hotels, restaurants, shopping, and other commercial ventures.

“MNHD recently began work on Sarai project, a mixed-use project located on a 5.5m sqm near the New Administrative Capital,” he said. “Sarai’s master plan has been officially approved by the government and MNHD is proceeding with the issuance of all the necessary licenses.”

Sales for phase one of the project will be launched at the end of the second quarter of 2016.

MNHD is an Egyptian urban developer and has initiated and completed a number of key developments, including the majority of the Nasr City district in the Greater Cairo Area.