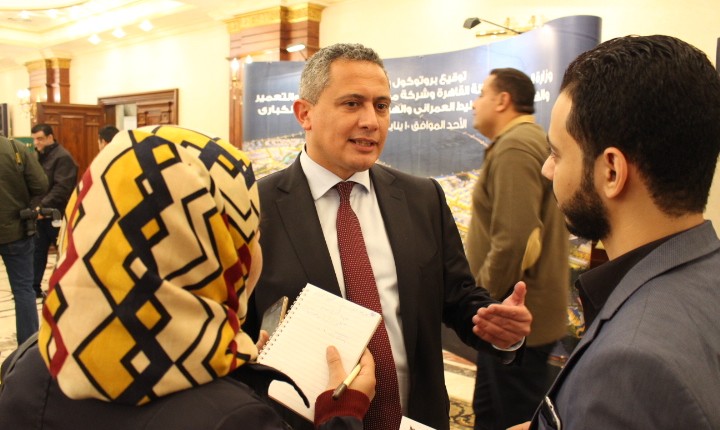 Madinet Nasr Housing and Development (MNHD) is an Egyptian urban developer and has initiated and completed a number of key developments, including the majority of the Nasr City district in the Greater Cairo Area.

MNHD is in negotiations with banks that will be concluded during the current quarter to borrow about EGP 875m, according to MNHD General Manager Ahmed El-Hitamy.

When the company will develop the second phase of the Primera Compound project?

The company plans to begin implementation of the second phase of the Primera project during the current quarter, with an investment cost of EGP 70m.

The construction phase will take two years, and sales will begin during the first quarter (Q1) of 2016. Construction of the first phase of Primera Compound has been completed, including about 400 residential units, worth about EGP 250m, with an average price of EGP 700,000 per unit.

What is the size of sale of the second phase of Taj City?

The second phase of Taj City, named T-ZONE, has sales reaching 10%, after it was opened a month ago. I predict that T-ZONE’s sales will stretch over the next three years, whereby the price per square meter for residential units ranges between EGP 9,000 to EGP 10,000 and can be paid off over six years.

The company has already begun adjustments to the work of the project, which will soon be followed by the implementation of the construction. The second phase is on an area of 3.5m sqm. Taj City’s total investments amounted to EGP 30bn over seven years.

What other new investments will the company be involved in during 2016?

How much does the company contribute to roads construction?

MNHD contributes up to EGP170m to the development of main roads and axes construction projects in East Cairo, and the company has already paid EGP 80m. The company will pay the remainder according to the timeline of the project over three months.

In addition, the company undertakes the implementation of military installations, which will be transferred elsewhere during the expansion of the Suez Road.

There are several projects to facilitate traffic in East Cairo during the current period, through the expansion of the Suez Road, in addition to building connections in axes.

What is the development in the negotiations with Al-Hokair Group on the commercial mall project?

We are still in negotiation process with Al-Hokair Group on building commercial mall on an area of 100,000 sqm inside the Tigan project. The long period of negotiations is due to the nature of the project, which includes the sustainability of the partnership for nearly 50 years, as opposed to residential projects, which are sold through shorter periods.

MNHD is set to obtain about 20% of total revenues. The investment cost of the project will amount to EGP 1bn. The Board of Directors initially agreed to the offer from the Egyptian Centres for Real Estate Development (ECRED), Al-Hokair’s subsidiary, to establish and operate a mall on 100,000 sqm.

What funds has the company requested from banks?

Negotiations with banks will conclude during the current quarter, as we are negotiating with some bank alliances to borrow about EGP 875m.  The company differentiates between several financing alternatives, including securitisation to finance the company’s projects during the upcoming period.

What is the size of company’s capital?

MNHD’s capital stands at EGP 250m, distributed over 250m shares, with a nominal value EGP 1 for one share. Its market value of shares on the Egyptian Exchange reached EGP 6.1bn.