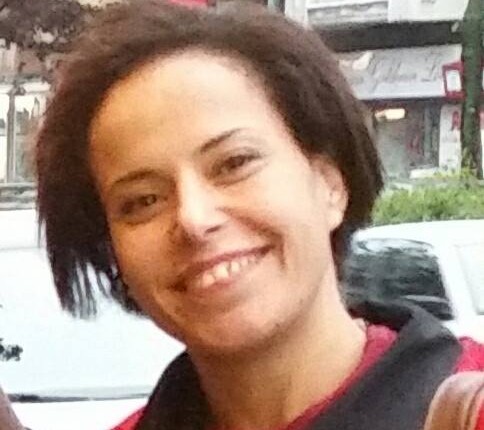 The sexual harassment incident in Cologne, Germany on New Year’s Eve resulted in massive shock in the European community. About 1,000 immigrants of Arab origins gathered to practice mass harassment, which has become widely commonplace in Arab and Islamic countries. They separated the women in circles, with a detailed plan to isolate them so they could harass them sexually, physically, and in some cases, even raped them.

This scenario is known in our countries but for the pacifist German society that respects human rights, it is a real shock and places a major obstacle in front of Merkel’s plans not to put a limit on the number of refugees admitted to the EU. Those who oppose accepting refugees of Arab and Islamic origins have been given the biggest corroboration for their argument to refuse giving asylum to people to those who do not respect customs and traditions of the German society.

This did not only happen in Cologne but also in Hamburg and had a precedent in Stuttgart as well. It happened on a night in which everyone is used to celebrating the New Year by going out watching fireworks with no consideration as to what their genders are.

There are a number of reasons behind this incident, which perhaps have origins in the prevailing attitudes of the native countries of the members of these harassment gangs.

There are also reasons connected to the social class of the harassers, including the feelings of inferiority Arab youth may have in Europe and their perceived loss of certain privileges they are used to in Arab countries, where masculinity is sacred. Many of the immigrants as such lack self-confidence and so try to compensate for this in the manner they are accustomed to in their countries; demeaning women and weakening their position in front of them so they can feel superior.  Furthermore these young men strengthen each other; they appear in groups and act as a team, which is very important for people who are cut from their roots.

Testimonies of witnesses and victims confirm that these harassers did not have the slightest sense of wrongdoing; on the contrary, they have displayed a kind of pleasure and satisfaction.

A friend of mine is well integrated into German society; he is married to a German woman, studied in Germany, works, and has children. This person, who is originally from North Africa, is a tax-payer, has many friendships with women, and emphasises his respect for the opposite sex. He views equality as a non-negotiable issue.

However, none of this has prevented him from becoming an instigator of harassment. He tells me, with pride, that on a hot summer day in Egypt, when the streets were very busy, he was stuck at a traffic light for almost an hour. So he began getting bored and started looking for some amusement. He saw some female pedestrians and perhaps he was provoked by their appearance or he thought they were not worthy of respect because they did not have cars to protect themselves or believed them to be of a lower class and thus undeserving of respect.

Thereby, he decided to direct a funny sketch to satisfy his desires, in consistency with his understanding of women. He quickly found the actors for this dirty role. For only EGP 5 in 2012, he called a child beggar and offered him the EGP 5 in return for sexually harassing the women publicly.

He was telling this with excitement and pleasure, as though he were telling an adventurous story. Many of the people who heard him tell the story said that this was harassment and unacceptable behaviour, that this probably ruined the young beggars and that it disclosed his view of women as inferiors. However, he did not acknowledge any of these arguments and became upset with the accusations.

This shows that what happened will happen again and again.  This friend was of a similar age to the harassers in Cologne and Hamburg. They are young men raised to believe that desire is acceptable as long as it is the desire of a man and that respect for women is only a matter of choice and not a basic right.

There are many factors leading to this view of women in our communities. One of the factors is that a man is infallible to shame or any of the negative consequences of a relationship between a man and a women that is not officiated by marriage; in these cases the women is believed to be despicable and has consented to be put in this situation, while he is of sound morals.

It is not surprising that this friend of mine regarded other women as inferiors who deserve to be humiliated and harassed, so he thought to laugh at them, not with them, and this is the crux – sexual exclusion is deeply rooted in our societies.

This catastrophic thinking has resulted in religious insanity that says girls should be taught their place in the streets and public spaces, to push them into donning the veil and push them out of the public sphere. Their rationale is that if women feel safe on the streets, they will be tempted to commit the sin of immodesty. By that virtue, harassment becomes a noble religious goal.

Add to that the sexual repression and obsession that has spread in our communities in the recent period.  From here springs this horrendous cultural phenomenon, which is accepted by the vast majority of young people in Arab and Muslim homes; whether religious or not, because it has justifications on every level, even the religious level.

We cannot reach solutions if we do not discuss the phenomenon fairly and clearly and the Western communities cannot maintain their arguments of non-discrimination after what happened in Germany.

In this article, I have tried to explain why I think the phenomenon will not disappear. It is because it is deeply rooted and has many motivations from different directions and they all revolve around exploiting women and despising them.  If the German state agencies do not work rapidly to teach the new arrivals that respect for women in the European Union is an obligation and not a choice, all of Merkel’s political and economic plans will crumble under the cultural differences.

The shock of the disaster has so far been rationally contained because it is a new phenomenon and no one here wants senseless rush. However if this occurs again, or becomes regular, it will not be long before Merkel and her party fall and with them the dream of embracing differences in the German society by the great mass of the German people. This includes old immigrants who have grown accustomed to the safety of their women in public places and who will suffer the major blowback from these actions and the thought. Merkel’s experience would be deemed a failure and will confirm the suspicions of those who did not accept Arab refugees.

The Germans experience to accept that number of refugees and Merkel’s will to allow refugees in without attention to cultural differences may fail at the hands of Arab sexual harassment gangs, and may result in real internal division in Germany.

So far, we have not heard the voices of the right wing. However, in my opinion, this is because this incident is so terrifying and horrible that it rendered them silent.  The non-interference of the right wing as yet is, in my political judgment, a major political danger to Merkel’s policy, as the situation is dire beyond words.

Hala Kindleberger is a doctoral candidate in sociology and political science in Germany.