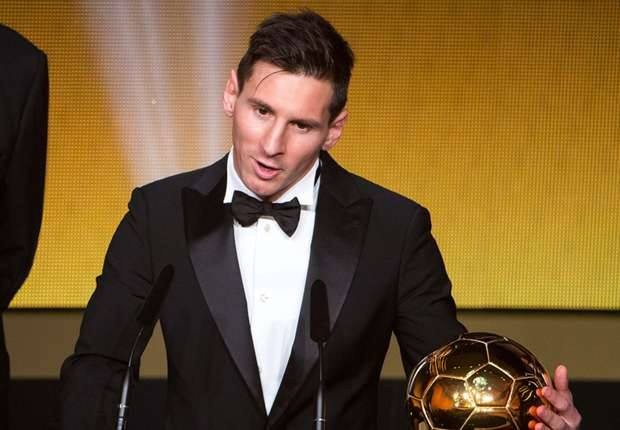 “Messi! Messi! Messi!”: This is how is the Barcelona crowd cheered for Argentinean mega star worldwide.

The Barca star managed to win the FIFA award for best player in the world for the fifth time, and made history, creating a record that will be difficult to be broken in the future by any other contender.

Messi is considered the best player in the world, and has been rated by many football experts as the greatest of all time. Messi is the only football player in history to win the FIFA Ballon d’Or five times, four of which he won consecutively in 2009, 2010, 2011, and 2012.

As a prolific goal scorer, Messi holds the Guinness World Record title for most goals scored in La Liga, with 295 goals, 91 goals in one year, five goals in a Champions League match, and the most Champions League seasons with his Spanish Barca teammates Xavi and Inesta, with five seasons.

Messi spoke to media after winning and said: “It’s a very special moment for me to be back here on this stage winning again after being there in the audience watching as Cristiano Ronaldo won for two years. It’s incredible that it’s my fifth. Much more than anything I would have dreamed of as a kid.”

“I want to thank everyone who voted and my teammates, for without them none of this would ever have been possible. I also want to thank football for everything it has brought me, both bad and good. It has made me grow and learn, always,” he said.

Regarding rumors about him transferring to English Premier League, he responded: “I always said as much my plan is to end my career at home. I grew up in Barcelona and that’s my home. Hopefully, that’s what will happen. Football takes lots of twists and turns. They wanted to kill us all just a year ago and we went on to win almost everything. My plan is to finish where I started.”

Messi vs the world