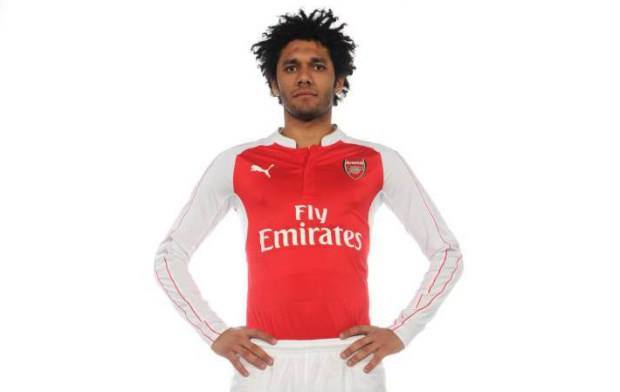 After the signing of the deal, Egyptian international football star Mohamed Elnenny, 23, was transferred from Swiss football team Basel FC to London’s biggest and most famous club, Arsenal, in a deal worth £7.4m.

Prior to the preparations for the upcoming game against Stoke City FC in round 22 for the English Premier League. French Arsenal Manager Arsene Wenger spoke about completing Elnenny’s deal, saying he is a promising young player who can contribute to all areas of the field.

Wenger highlighted Elnenny’s “physicality, his intelligence, his talent, and his strength”.

“He’s a defensive midfielder who can contribute in an area where we are short,” he continued.

“He’s a young promising player who has already adapted to Europe. He has not come straight from Egypt to England,” he said. “He’s played three years in Switzerland and I expect him to develop with us into a very strong player because he has both sides of the game. He can defend and he can attack. And that’s the way we want to perform in midfield.”

Elnenny also spoke about his dreams and ambitions after joining a major team like Arsenal. “I want to win the treble with Arsenal,“ he said.

“I am hoping that we win the Premier League and cup this season and the Champions League as well. I would like to tell the fans that, although you have not seen much of me, I promise I will contribute positively with one of the world’s greatest teams and I am very keen to participate positively with my new team, God willing, and to give my best for the team and for myself.”Arsenal currently sits on top of the Premier League table with one goal difference ahead of Leicester City. They are also still competing in the FA Cup and the Champions League, where they face former champions Barcelona in the final 16.

“Arsenal is one of those teams that everyone enjoys watching, and of course I would love to play for such a great team,” Elnenny said.