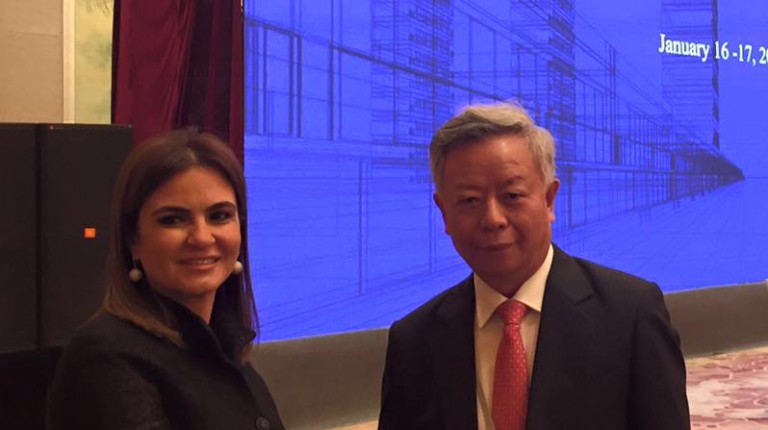 The Asian Infrastructure Investment Bank (AIIB) will finance infrastructure projects in 57 countries, including Egypt, proving $10-15bn in the next five to six years, Minister of International Cooperation Sahar Nasr said.

Projects aim to build infrastructural capacity in energy, transportation, urban development, rural development, and logistics services. Nasr is currently representing Egypt in the meeting with China-backed AIIB that began on 16 January and will last three days. During her visit, Nasr will endorse the financial and operational policies of the bank before the financial parameters are finalised.

In 2015, Egypt’s bid to be a founding member of AIIB, the multilateral development bank, was approved. With this agreement, Egypt is expected to gain noticeable benefits, particularly since its main needs are in infrastructure development, which will require billions of dollars in investments.

During her visit to Beijing, Nasr is expected to meet the Chinese Minister of Finance and the deputy minister of trade to discuss infrastructure project in Egypt that will be proposed to the Chinese President during his trip to Cairo scheduled to take place later this week.

Economic relations between Egypt and China are expected to develop further as Chinese President Xi Jinping is visiting Cairo where he is anticipated to sign several agreements in the areas of electricity, transportation, construction, agriculture, industry, and education.