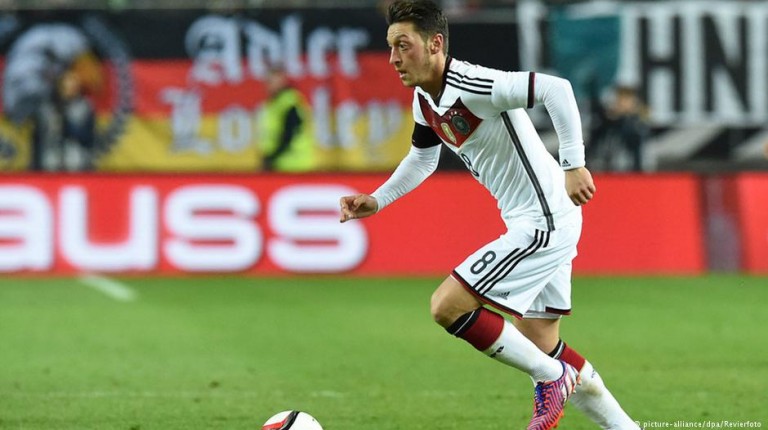 Arsenal star Mesut Özil has been voted Germany’s National Team Player of the Year for the fourth time in his career.

The 27-year-old played in all but one international match for the world champions in 2015, missing the recent friendly encounter in Paris. Özil was influential for Joachim Löw’s men who secured qualification for Euro 2016 as they look to win their first European honor since 1996.

The former Real Madrid, Schalke and Werder Bremen attacker failed to score in 2015, but managed a hat-trick of assists against Gibraltar and two set ups in the 2-1 win over Georgia in October. He announced his intention to compete at the 2016 Olympic Games, but coach Löw said playing in both tournaments next summer is “almost inconceivable”.

Özil collected 45.9% of the vote ahead of Thomas Müller in second and Cologne’s Jonas Hector in third place, taking the prize back from Toni Kroos who broke up three successive awards for the Arsenal ace between 2011 and 2013.

Germany’s next match is a friendly against England in Berlin on 23 March.

Götze and Müller shrug off criticism ahead of Northern Ireland clash