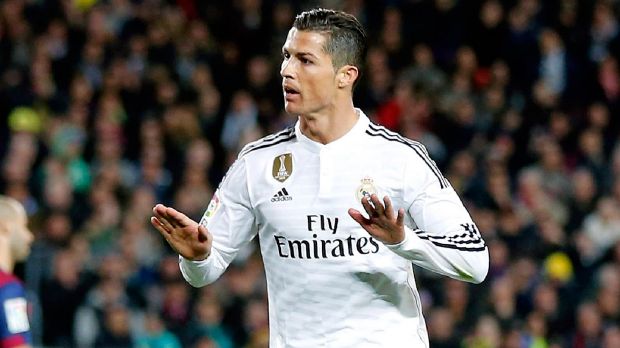 Real Madrid hammered their guests, Sporting de Gijon, beating them 5-1 in Round 20 of La Liga on Sunday evening.

Their attacking trio made a formidable show, and was the main key for big victory at their home Santiago Bernabeu.

Gareth Bale scored a header before Cristiano Ronaldo and Karim Benzema, who made his 300th appearance with Real Madrid, struck stunning goals (3-0) just 12 minutes in.

“He has given Real Madrid new wings, a push. We identify more with Zidane and football is like that. Zidane and Benítez both wanted the best for the club. Personally I have more feeling for Zizou [Zidane], but don’t ask me why,” Ronaldo said.

Just a few days, it was announced that Ronaldo’s biggest rival, Argentinean Barcelona forward Lionel Messi, took the title of world best player and the 2015 Balon D’Or from him. Ronaldo “the Don” then posted a picture of himself with his new brand new car, the Porsche 911 Turbo S, valued at €232,000, adding it to his fleet of cars.

The songs of soccer, from stadium anthems to Ronaldo’s solo