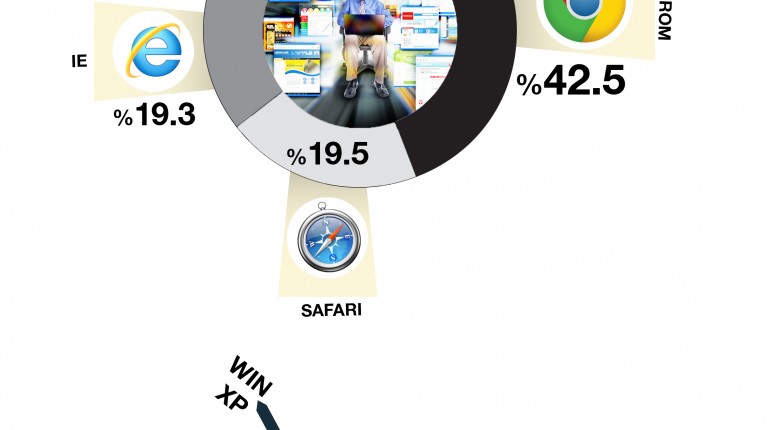 Approximately 42.5% of Internet users prefer Google Chrome to other browsers, according to a Statistics Portal report on the market shares of Internet browsers worldwide during January 2016.

Safari came in second place as the most-preferred browser, with 19.5% of Internet users in January, recording a slight increase of 0.4% from December. Microsoft’s Internet Explorer ranked third with an increase from its 18.6% share in December of to 19.3% in January.

In fourth place was Firefox with 10.8% in January versus 11.3% in December. Only 2% of internet users have used Android to surf the Internet in January compared to 1.8% in December.

The report also showed that 47% of computer users prefer Windows 7, followed by 12.1% who prefer Windows 8.1. In third place was Windows 10 with a market share of 11.8% in December, making Microsoft’s operating systems the three most used systems worldwide.

The Mac OS system acquired 9.8% of the market in January, followed by Windows XP with a share of 8.4%.

France fines Google for restricting ‘right to be forgotten’