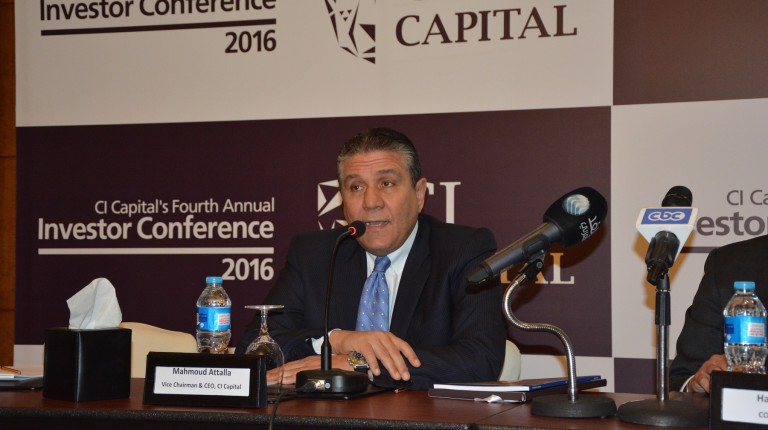 CI Capital Chief Executive Officer Mahmoud Atallah said the bank will arrange for at least three new Initial Public Offerings (IPOs) in the stock market in 2016. At least one IPO will be introduced in the construction, food, and hotel secotrs.

Atallah said in a press conference Tuesday that CI Capital will organise a global promotion conference to attract investment to Egypt in New York on 25 and 26 January. Attallah expect that ministers from the ministries of Investment, International Cooperation, and Industry will be in attendance.

Atallah described the regulations of the Central Bank of Egypt (CBE) in coordination with the Ministry of Industry to regulate imports as a good start to maintain Egypt’s foreign currency resources. However, he called upon the government to boost hard currency resources by increasing the domestic production.

Investors still have difficulty entering and exiting the Egyptian market, which can be solved by the implementation of the one-stop shop system. The Iranian market will compete for investments in the upcoming period.

Badran called on the Egyptian government to facilitate investment procedures in the upcoming period to support the expansion plans of companies that will increase employment rates. The Egyptian Exchange witnessed a contraction of its market capital to reach EGP 350bn, driven by the market’s sensitivity to the global economy changes.

“CI Capital manages assets worth about EGP 9bn and we aim to increase that figure over the coming months,” Badran said.

He explained that CI Capital is interested in participating in the government’s plan to increase the capital of some state-owned companies through the stock market.

According to Atallah, the projects promoted by the bank on behalf of the government are still being discussed with investors in coordination with the Ministry of Investment.

He said the prospective Orascom Telecom’s acquisition of CI Capital through Beltone Investment will not change CI Capital’s strategy iin the short-term and that this was agreed to before the conclusion of the deal.

The head of Corporate Relations at CIB Amr El-Ganainy said that the due diligence examination to assess the shares of CI Capital will be finalised within two weeks, which will be followed by completing Orascom’s acquisition deal of CI Capital.