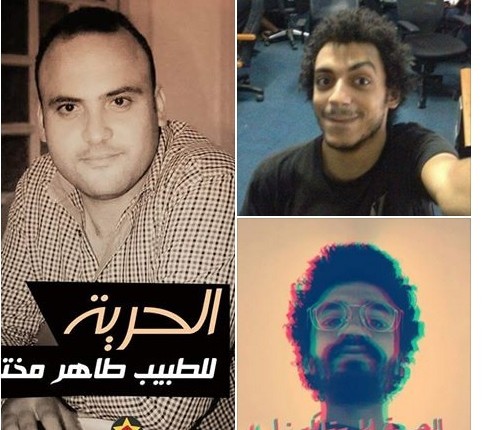 Al-Khalifa Misdemeanour Court rejected Tuesday the appeal of activist and NGO worker Ahmed Hassan, student Hossam Hamad, and head of the Freedoms Committee at the Doctors’ Syndicate Taher Mokhtar on their detention, according to their lawyer Mokhtar Mounir.

They will be detained for 15 days pending interrogation by the prosecution, which has accused them of “possessing leaflets calling for the fall of the regime”.

The three were arrested from their respective homes in the Al-Falaki area in downtown Cairo Thursday afternoon.

The Association of Freedom Thought and Expression (AFTE) reported that among the personal items confiscated during the arrests of the three activists, there were computers, laptops, mobile phones, and papers belonging to protest groups and awareness campaigns and banners with the words “military coup” on them.