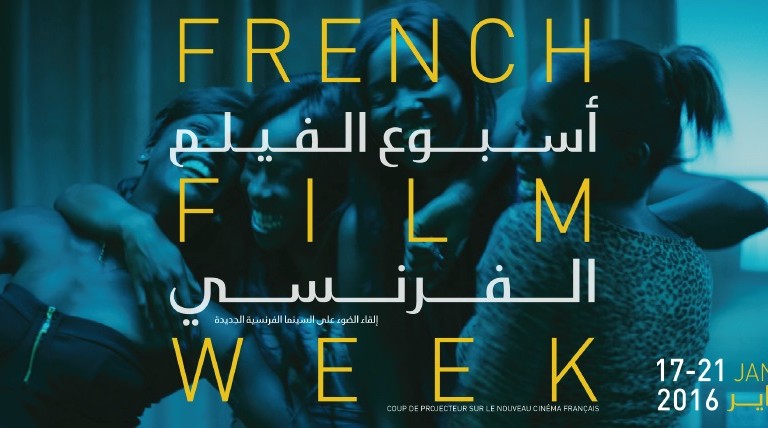 To bring the modern French film industry closer to the Egyptian street, the French Institute in Mounira is holding a French Film Week from 17 to 21 January.

Five movies will be screened in honour of late artist and director Chantal Akerman, who has influenced feminist cinema for several decades.

The event started with the screening of Bande De Filles (Girlhood), a French drama that was first released in 2014. The movie address many important issues, including the challenges of race, gender, and social class by telling the story of a young teenager who lives in Paris’s banlieues.

The second day was dedicated to the dramatic movie Un Français (A French Man) starring Alban Lenoir as Marco Lopez, a man who decided rid himself of his Neo-Nazi beliefs to accept all people around him. The movie was released in partnership with “My French Film Festival”.
On 19 January, the third film Bird People will be screened. The film opened the 2014 Cannes Film Festival, grabbing the attention of many international film critics. It tells a love story between a US businessman and a young French maid at an airport hotel, a relationship that alters their plans dramatically.

French-Belgian movie Je, Tu, Il, Elle (I, You, He, She) will be screened on 20 January. It was screened at Berlin International Film Festival in February 2016. On 21 January, the important movie Mia Hansen-Løve (Eden), which highlights human trafficking, abduction, and prostitution shedding light on the dramatic psychical, psychological, and mental consequences of the victims.

All are invited to attend the screening of the movies free of charge. However, the institute requests that those that wish to attend take an invitation card from the institute before 12pm daily.

High security and emotion at Scorpions concert in Paris