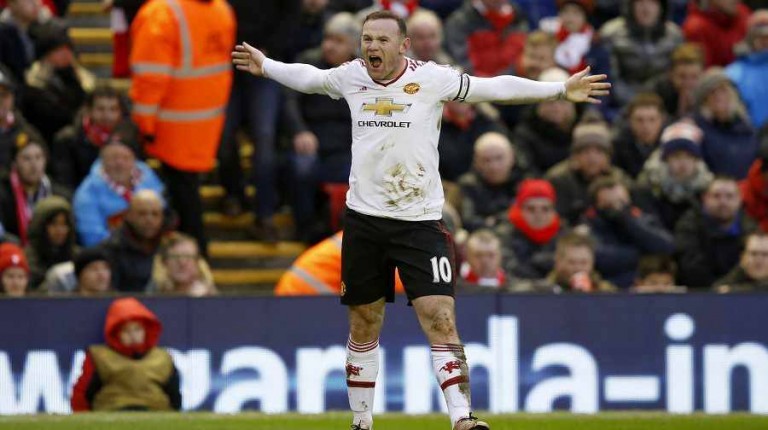 After Manchester United went for eight games without winning, England captain and Manchester United golden boy striker Wayne Rooney scored the 1-0 victory against Liverpool in round 22 of the English Premier League, allowing the Red Devils to maintain their position in fourth place, with 37 points.

Rooney waited for 11 years to score a goal against Liverpool on their grounds in Anfield, and he finally did with a powerful volley. In doing so, he became the highest-scoring player in Premier League history, with 176 goals in 357 games – one goal ahead of former legendary Arsenal player, the French Thierry Henry.

“To be honest I didn’t know about the record, obviously it’s great to have records but I don’t think it will break the feeling I got now, to score the winning goal at Anfeild,” Rooney said to Sky Sports after scoring the winning goal.

“It’s a long time since that happened for me in my first years at United, so I’ll be a bit selfish today and enjoy that one more than most,” he continued.

“Everyone knows the importance of this game, regardless of league positions, it’s a massive game for both clubs, for the fans and a great victory. It’s three points we needed to continue this start of this year. It’s a massive victory for us.”

The former Everton talent was transferred to Manchester United in 2004 in a deal worth £25.6m. This was the highest fee ever paid for a player under 20. Rooney was 18 when former Manchester United legend manager Sir Alex Ferguson signed him.

Rooney has made his mark as an energetic creative forward who combines technical skill with strength and physicality, all of which has made him a Manchester United hero.