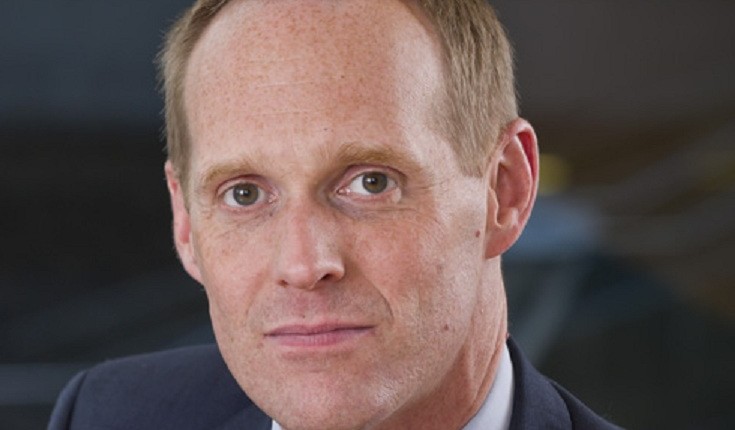 With the aim of knowing their outlook for Egypt in 2016, Daily News Egypt interviewed Paul Gamble, Director of Fitch’s Sovereign Ratings Group.

How do you view Egypt’s credit rating compared to other developing countries?

Fitch rates Egypt at ‘B’, the same level as Lebanon, some fast-growing African countries such as Ethiopia and Mozambique, and some countries that have a history of economic volatility, including Ecuador and Pakistan. The main weaknesses for Egypt’s rating, compared with many other developing countries, are the large budget deficit and level of government debt or GDP, low level of foreign exchange reserves, and higher political risk.

What are the factors that Fitch considers while reviewing country credit ratings?

Fitch has a consistent framework through which we look at all of the countries we rate focused on four areas: external finances, macroeconomic policies and performance, public finances, and structural indictors. External finances incorporate reserves and other external assets, external debt, and the balance of payments.

Key macroeconomic indicators include growth and inflation rates and the volatility of these indictors. For public finances, among the areas we consider are the structure of the budget and the size of the budget deficit or surplus and the size and composition of government debt. Structural indicators include things such as GDP per capita, political, business and banking indictors, and default history.

How does the weak security status in Egypt, especially in Sinai, affect the credit rating?

Directly, this is captured in indicators of insecurity we consider. It also has the indirect impact of reducing tourism revenues, which puts pressure on the balance of payments.

How do you view the economic strategy of the current Egyptian government?

The government has embarked on a policy course designed to tackle some of the serious structural weaknesses that have emerged or intensified in recent years. This is being done at a pace designed not to jeopardise social stability.

How do you view Egypt’s mega projects, such as the New Suez Canal extension?

The mega projects have been a catalyst for some private sector investment and have helped lift business confidence. The rapid and successful completion of the canal extension is viewed positivity externally. The industrial zones being developed around the canal could support growth and employment creation.

How did you evaluate Egypt’s FY 2015/2016 budget? Do you think the government will be able to achieve its aspirations regarding economic growth and the budget deficit?

We think the deficit will be above the government’s expectations, at around 10% of GDP, owing to slower-than-expected progress in some high-profile fiscal reforms, notably the introduction of VAT, and the second round of comprehensive energy subsidy reforms.

Nonetheless, fiscal consolidation continues and this will help put debt on a downward path. The government is re-orienting spending into more targeting social safety nets and more pro-growth areas such as investment.

How do you view the investment opportunities in Egypt now especially after the Egypt Economic Development Conference (EEDC)?

The EEDC highlighted the potential of Egypt as an investment destination, including is large population, strategic location, and energy resources. Investors will be looking for further improvements in the business environment and regulatory framework to underpin these factors.

What are the challenges that face investors hoped to invest in Egypt and MENA region?

Political and geopolitical risk is something all investors in the region are monitoring, together with the business environment and the coherence and credibility of government policies. The fall in oil prices naturally has a clear impact on the region’s oil producers but investors are also wary about the impact lower oil revenues will have on these countries’ investments in MENA oil importers.  For Egypt, investors are also looking at the pound and the availability of foreign exchange.

How do you view the value of the Egyptian pound against other currencies?

We think that the pound has strengthened on a trade-weighted basis to a level that is potentially impacting on competitiveness.

Egypt hopes to lure billions of dollars in investments during Economic Summit: Fitch