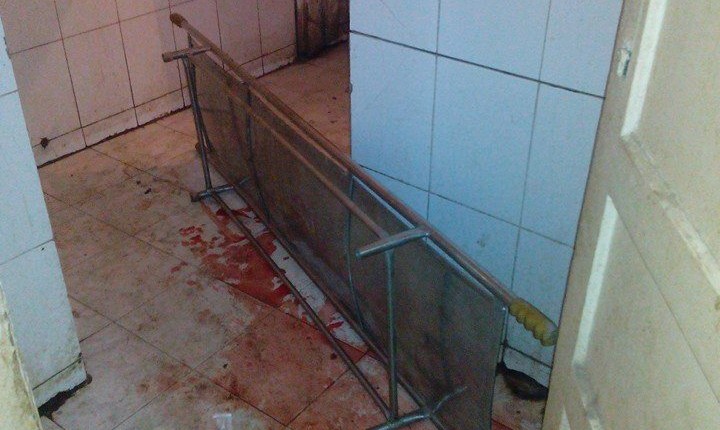 As one Egyptian woman was on her way to the nearest public hospital in Etay Al-Barod near Damanhour to deliver her first baby, she did not find any available doctors in the hospital and instead was left to bleed for four consecutive hours.

Her anticipation to bring her child to the world after lengthy months of hectic pregnancy was extinguished as her child died inside her womb. She faced severe health consequences that required a medical operation to remove her uterus, depriving her of the ability bear children in the future.

An Administrative Prosecution investigation later discovered that on the day she arrived to the hospital, three doctors were absent, who were then referred to trial.

A total of 1,997 violations related to the health sector across Cairo were referred to investigation, according to AP official reports. Followed by Cairo, 1,668 cases were investigated in Alexandria and 820 cases in Giza.

“Any number of cases that are referred to the prosecution are half the numbers of real violations and this is normal since not every person goes to complain, which makes it very hard to document all violations in the health sector,” chief of Doctors Syndicate Ehab Al-Taher told Daily News Egypt.

“Some 90% of public hospitals are not qualified for several reasons and we cannot ignore any of them,” he said. These are because of the low budgets of those hospitals, the misuse of hospital funds such as paying money for ceramic renovations instead of fixing medical equipment, lack of evaluation system for doctors’ performance, and dealing with them as normal employees.

A newly drafted health insurance bill aims to resolve the healthcare accessibility problem by issuing cards linked with citizens IDs, which provides them medical treatment at public hospitals. However to ensure the quality of the service, the bill stated only hospitals with quality measures will be integrated into the new health insurance system, a fact that sparked many concerns from the Doctors’ Syndicate, and an array of political parties.

“This is very threatening to the healthcare ecosystem in Egypt since those hospitals might be gradually shutdown or sold to the private sector, which then could apply its own rules that only aim for profit,” he said.

In a visit by Daily News Egypt to the old Qasr Al-Ainy hospital in early January, one of the oldest Egyptian healthcare facilities in Egypt, hundreds of patients from rural backgrounds were crowded inside the hospital. They were waiting for their turn while some waited outside the building. Others surrounded the hospital on the street. The hospital’s reception clinic cost EGP 5 for a ticket to be served.

“The crowd has been an ongoing issue here,” senior nurse at the hospital, Hanan Abdel Megid, told Daily News Egypt, who worked in the hospital for 30 years. “The ticket used to be for only EGP1 then was raised to EGP 3; it is currently EGP 5. Nevertheless many patients find no beds or availability and some cannot afford the costs since they come from faraway cities.”

According to Abdel Megid, not only patients suffer in the hospital but so do the nursing staff and doctors. She suggests this is a major reason behind the lack of quality in service provided.

“Around 99% of the nursing staff here is infected with Virus C during their work and, despite our sickness, we come every day and work for the full eight hours,” she said. “But we are barely able to do our job since we are not provided the needed medications.”

Medical personnel are included in the health insurance system where they should receive their medications and get their needed examinations.

“We went several times to get the medication from there but they said it is currently unavailable and that we should get it from pharmacies outside the hospital,” Abdel Megid said. Even those who did, she said, did not feel better since the medicine proscribed was not the medicine to treat that exact illness.

According to the Egyptian Centre for Social and Economic Rights (ECESR) factsheet on health issued in mid January, there are only 33 beds available for every 10,000 citizens. The amount of governmental expenditures on healthcare in Egypt is 5.4%, which is far less than other countries in Africa, such as Djibouti, which has healthcare expenditures of up to 14%.

The poor accessibility to medical treatment has also taken its toll on different cases of children, mental patients, and senior citizens.

When one child, Abdel Rahman, checked into Al-Haram public hospital for an operation on his left foot to treat an injury, he lost three of his toes. According to his father’s narrative to the prosecution, he remained in a coma after the operation for four hours and a blood clot was then discovered.

After a second operation, the doctor reassured the father until he discovered the operation was performed on the wrong foot instead of the injured one. When the father threatened to sue the doctor in response, the doctor said, “you could ruin a doctor’s career simply because of your son’s leg.”