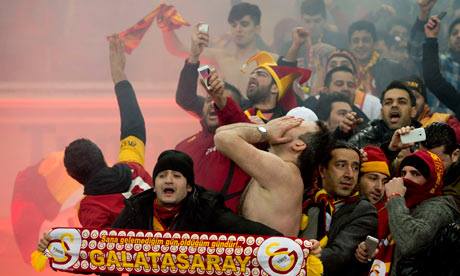 Turkey’s biggest football club, Galatasaray, which lends its popularity due to its domination in 20 Turkish league records,  as well as Israel’s  Hapoel  Tel Aviv,  are in danger of incurring UEFA sanctions after their Financial Fair Play case was referred to the governing body’s adjudicatory chamber.

The UEFA said in an official statement: “The Turkish club Galatasaray has failed to comply with the break-even requirement during the monitoring period assessed in the 2015-16 season. The CFCB [Club Financial Control Body] adjudicatory chamber will take a decision and communicate it by the end of February.”

Galatasaray is known as the Conqueror of Europe by its fans after winning the UEFA Cup and Super Cup during the 1999-2000 season. Also, its fans have a reputation in Europe as being some of the most fanatic in the world.

Ryan Giggs, a former Manchester United superstar and current assistant manager once said: “I’ve never experienced anything like Galatasaray. Three hours before kick-off, we went out to have a look at the pitch and the stadium was overcrowded! The chanting was brilliant: one side starts, then the other, then quiet, then all of them chanting! The players really enjoyed it. Before it was good, after it wasn’t for us.”

Al-Saqqa exhilarated over win at Galatasaray