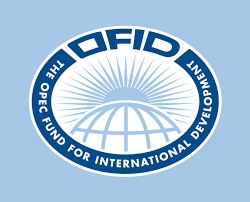 The OPEC Fund for International Development (OFID) agreed to lend the Social Fund for Development (SFD) about $40m, with an interest rate of less than 4%, to re-lend to small and medium enterprises (SMEs), fund representative Khaled Ahmed said.

Ahmed added that OFID has given about $950m in loans to Egypt so far for different sectors, including electricity and health, in collaboration with the Ministry of International Cooperation.

He further revealed that there have been negotiations with the Ministry of International Cooperation to finance projects in Sinai worth about $900m over three years, adding that negotiations are still ongoing to determine interest rates and the projects to be financed.

According to Ahmed, the negotiations include development projects for the establishment of sewage plants and water sanitation, to reduce the pollution of the Nile River.

OFID is a development fund active in more than 130 developing countries around the world, provided their commitment to abide with international laws and regulations. OFID finances programmes and projects pertaining to the public and private sectors, as well as a programme to finance trade. Moreover, OFID has also given grants, on a limited level.