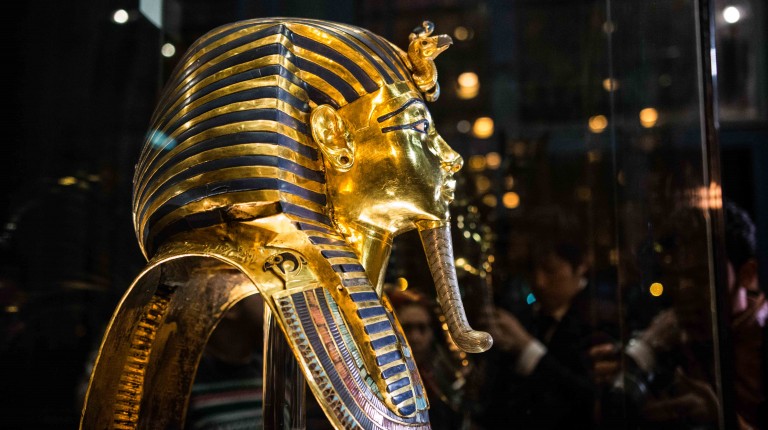 The Administrative Prosecution (AP) referred eight employees from the Egyptian Museum to trial over the “shocking” handling of the famous gold mask of King Tutankamun. The suspects are accused of unrefined restoration of the mask and negligence of the artifact. The issue under investigation concerns the improper gluing of the mask’s beard, on display and under the responsibility of the museum.

AP issued a statement Saturday revealing that scientific and professional methods were violated during the handling of the priceless golden mask and accused the suspects of destroying the product of one of the oldest civilisations of human history. The statement described the violation as a “reckless action”, reaching its peak when suspects attempted to cover up the mistake by trying to fix it over four times.

“Ignoring all scientific methods of restoration, the suspects tried to conceal their crime by using sharp metal tools to remove parts of the glue that became visible, thus damaging the 3,000-year-old piece without a moment of conscience,” according to the statement.

According to the technical report of the official representatives of the committee of antiquities, the issue initially began with an electric disruption of the round base that lit the mask.

The report said that, at first, the mask had been successfully lifted and the electricity problem fixed. But then, the employees who were to replace the mask in its displayed carried it incorrectly. The face of the mask was carried inside instead of being face-up to avoid any friction.

Their mistreatment resulted in damage to the beard. Subsequently, the suspects tried to reattach the beard but failed to adhere to the protocols of antiquities’ restoration, which require the mask that the ask be taken to a conservation lab.

Naturally their operation was unsuccessful, the AP said, which pushed them to repeat the attempts. The suspects excessively used epoxy glue, which is not what is professionally used. The suspects struggled to erase the visible glue traces, on 30 October and a second time on 2 November 2014.

The museum’s former restoration director neglected her supervisory role and disregarded procedures to document the status of the mask before and after repair work.

The  museum’s former director is being accused of allowing the continuation of the mask’s restoration on 30 October and 2 November 2014, AP said.

It was not until January 2015 that the Minister of Antiquities publicly admitted the fiasco. The AP’s statement explained that the suspects’ will be penalised for their attempts to conceal their actions without informing superiors, let alone the ministry. The AP’s harsh statement concluded that the visible marks on the mask – scratches which resulted from attempts to remove the glue – will remain as a “witness to the crime committee”.

In Video: King Tutankhamun’s gold mask gets a face lift