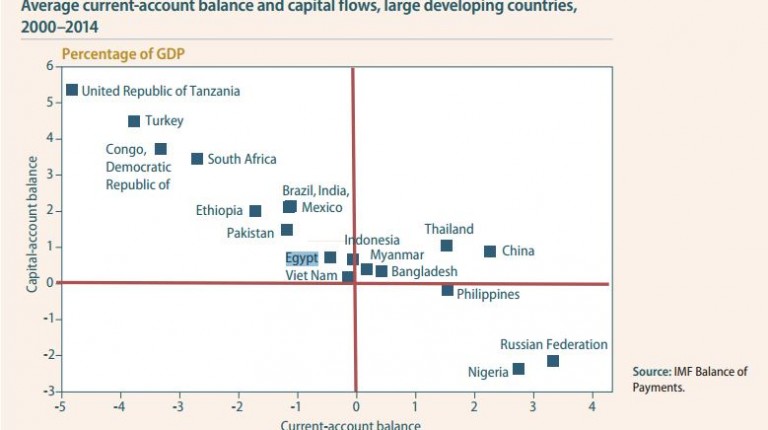 Egypt has seen improvements in political and economic stability and a subsequent increase in the business confidence, according to the United Nation’s World Economic Outlook for 2016.

The report however added that security concerns in Egypt have had a negative impact on income from tourism. Egypt’s government is targeting between 5% and 5.5% GDP growth by the end of the current fiscal year, from the 4.2% GDP growth in FY 2014/2015.

However, the World Bank had a different perspective in its report issued in January. The bank has lowered its forecast for GDP economic growth in Egypt from 4.2% in FY 2014/2015 to 3.8% in the current fiscal year, a 0.7 point drop from its prior prediction in June 2015.

According to the UN, a modest improvement is expected to start next year, with global growth reaching 2.9% and 3.2% in 2016 and 2017, respectively.

“Unemployment is on the rise in many developing and transitioning economies, especially in South America, the report said, while it remains stubbornly high in countries such as South Africa,” the report read.

Women and youth labour participation rates declined amid higher job insecurity rates, which resulted in “a shift from salaried work to self-employment”.

“The declining employment intensity of growth in many countries, coupled with stagnant real wages, poses a challenge to promoting inclusive and sustainable economic growth, employment, and decent work for all,” the report read.

Reduction of commodity prices along with weak demand pushed global inflation to its lowest level since 2009, according to the UN, expecting annual inflation in developed economies to register 0.3% in 2015.

“Ultra-loose monetary conditions have so far prevented deflation from becoming entrenched in the developed countries,” the report read.