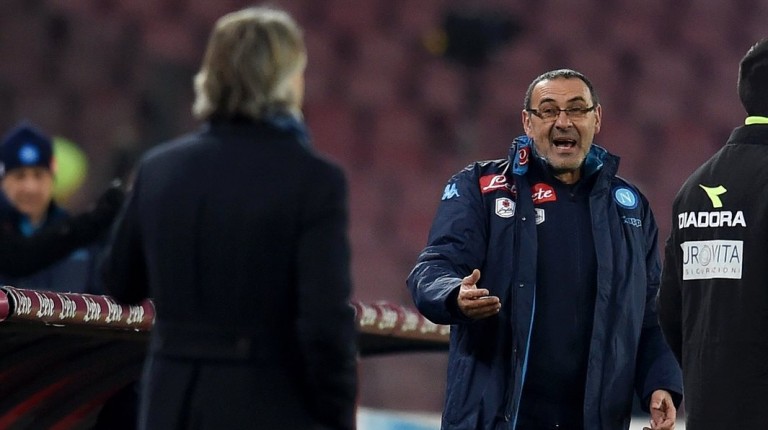 Napoli head coach Maurizio Sarri, 57, could face a four-month ban after being accused of directing homophobic insults towards Inter Milan head coach Roberto Mancini at the end of the quarter-final game for the Italian Cup.

Inter Milan won the game, 2-0. The incident took place near the end of the game, when the Inter Milan manager went to ask the officials about injury time. Sarri, then, purportedly blew up at Mancini, the latter revealed to Italian media.

“Sarri is a racist and men like him should be drummed out of football. I got up to ask the fourth official why there were five minutes of added time; then, Sarri then got up and shouted ‘poof’ and ‘faggot’ at me,” Mancini said.

“I went to find him in the locker room and he apologized, but I want him to be ashamed of what he said. In England, someone like him wouldn’t even be allowed to set foot on the touchline.”

On the other hand, Sarri responded, in statements to the media: “It was the kind of argument that people have on the touchline or on the pitch. I apologized to him in the locker room, but I expected him to apologize to me too. I think what happened on the pitch should stay on the pitch.”

“I will admit it wasn’t the right tone to take, but I’ve seen and heard worse on a football pitch. Under stress it can happen, I hope with a clear head Mancini changes his mind.”

Italian media reports suggested that a ban would be ordered on the Napoli head coach, stating that the Italian football association rules condemns insults of this nature with a ban of up to four months.