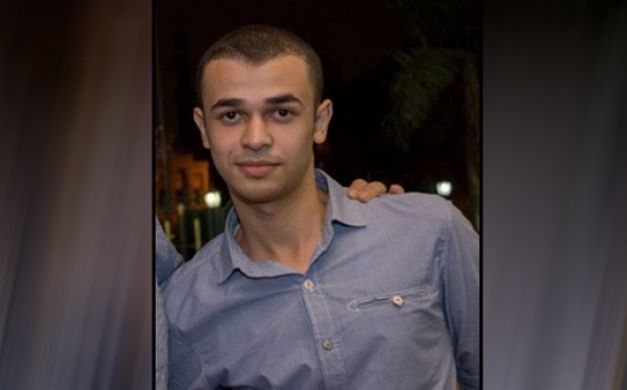 Al-Bawabh News reporter El Mohamed El-Moardy was released, after he was arrested and detained for nearly three hours while reporting from Gameat Al-Dowal Street in the Mohandessin neighbourhood of the Giza governorate Friday.

“I was filming police carding operations on Gameat Al-Dowal Street after Friday prayers, when a police officer suddenly confiscating my tablet in a savage manner,” El-Moardy told Daily News Egypt.

According to El-Moardy, the police detained him and then proceeded to threaten to beat him confiscated his national press identification cards. El-Moardy said he then asked to contact his workplace, but the police officer refused his request.

“Journalists in Egypt are now treated as criminals when they are questioned inside any police station,” he said, adding that any journalist in Egypt is liable to be arrested suddenly on charges of doing nothing more than his work.

El-Moardy called on the Press Syndicate to take effective measures in response to any violations committed by police against journalists, whether the journalist is a member of the syndicate or not.

Journalists in Egypt often face difficulties in carrying out their work due to security measures imposed by police forces.

In its December census, Journalists Against Torture Observatory reported 34 incidents where journalists were banned from covering an event or the content of their camera had been deleted.