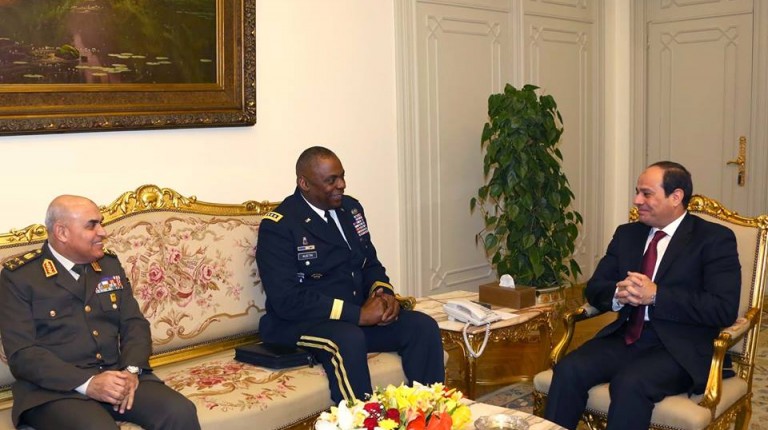 Egyptian President Abdel Fattah Al-Sisi reiterated his commitment to the international effort to fight terrorism in a meeting with General Lloyd Austin, commander of the US Central Command.

Al-Sisi addressed the spread of terrorism in the region and methods to stop the arrival of foreign militants.

According to a statement released by the presidency, Al-Sisi proposed a broad international cooperative framework to fight terrorism by security measures and by social development.

General Austin lauded the Egyptian role in the region.

In December, Egypt was unanimously chosen to head the counterterrorism committee of the UN Security Council.