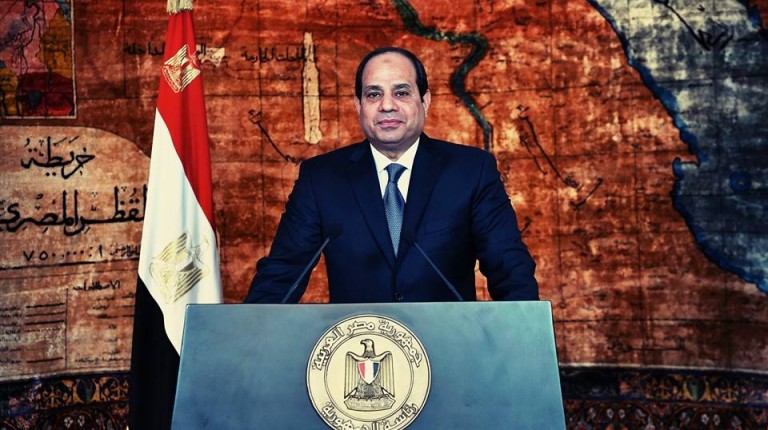 In a speech commemorating the fifth anniversary of the 25 January Revolution on Sunday, President Abdel Fattah Al-Sisi said it was a revolution in which “many youth sacrificed themselves” to renew noble values that were lost for years.

Al-Sisi added that the revolution saw “some wrong turns”, as other entities tried to impose their personal agendas on it, to achieve their own interests.

He added that the “30 June revolution came to correct the path” of 25 January, allowing the people to “regain their destiny and freedom”.

The president honoured the victims of the revolution, “who wanted progress for their homeland”, adding that Egyptian history will always remember and commemorate them.

He further addressed the youth, saying that the 30 June roadmap has been completed, and the “democratic structure of Egypt” along with it.

The president also said that from 30 June to date “[Egypt] was transformed from a ‘homeland for a group’ to ‘the homeland of the people'”.

He added that the Egyptian state is mobilising in all directions, such as establishing national development projects, attempting to resolve the energy crisis, and combatting terrorism.