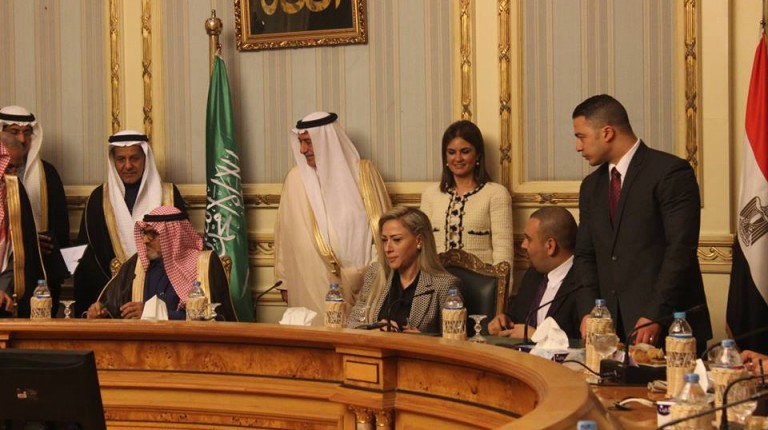 During the Egyptian-Saudi Arabia Coordination Council’s fourth meeting, a final version of most of memoranda of understanding (MoUs) and agreements between Egyptian and Saudi Arabia were completed, according to Egyptian Minister of International Cooperation Sahar Nasr.

The meeting was held at the headquarters of the cabinet on Sunday with the presence of Saudi Minister of Finance Ibrahim Al-Assaf, who headed Saudi’s side. Nasr hoped the rest of the MoUs will be completed to reach a formula that satisfies both sides and contributes achieving the common interest of the two countries and their peoples.

Nasr said the meeting comes under the executive Annex for the establishment of the Egyptian-Saudi Coordination Council to promote cooperation between both ocountries and to confront common challenges.

The ministers of Electricity and Energy, Housing, Investment, Finance, Agriculture, Petroleum, Transportation and Manpower and Immigration, Education, and Culture, the head Egyptian Radio and Television Union (ERTU), and the Egyptian Ambassador to Saudi Arabia attended the meeting.

EU recommends fines for Spain and Portugal over deficits

$200m Saudi grant to Egypt for SMEs in Sinai