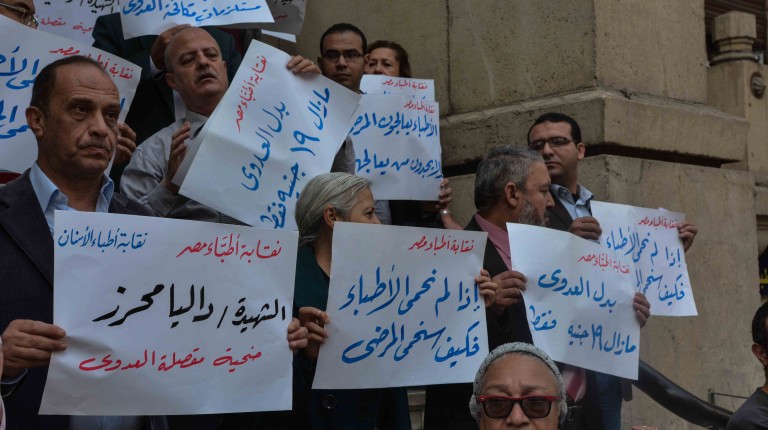 In a press conference, the Doctors’ Syndicate revealed a set of recommendations. regarding the new health insurance bill and another training institution for doctors.

Ehab Al-Taher, the syndicate chief, said during the conference: “We refuse the newly suggested health insurance bill as it has substantial flaws that threaten the wellbeing of citizens, medical staff and the entire healthcare system.”

“In case it is passed as is, without implementing the amendments which aim to ensure an adequate healthcare system for all citizens, a lawsuit will be filed against its constituency.”

The syndicate’s concerns are related to funding sources and the quality of public hospitals, in addition the jurisdiction under which fall the institutions expected to supervise the bill.

In Video: Doctors demand freedom for their detainee colleagues