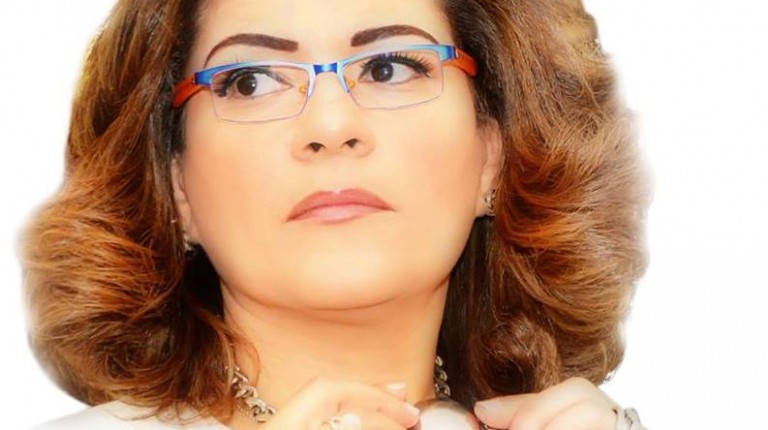 Writer and former parliamentary candidate Fatima Naoot was sentenced to three years in prison and an EGP 20,000 fine over charges of contempt of the Islamic religion. The verdict was issued Tuesday by a misdemeanour court in Cairo.

Her defence lawyer, Sherif Adeeb, told Daily News Egypt Tuesday that he intends to file an appeal on the verdict the following day. “Despite having hoped for an acquittal, I cannot comment on court decisions but the situation in general is odd because we have submitted proof that there were no criminal intentions on the part of my client, a claim that the prosecution authorities also supported,” he said.

Naoot faced trial after expressing personal views regarding the slaughter rituals during the Muslim Eid El-Adha. In a post on her social media page back in October 2014, Naoot criticised “animal slaughter” in reference to the religious tradition of sacrificing sheep, and wrote “Happy massacre, everybody”.

She was convicted according to Article 98 of the Penal Code on religious contempt, which states: “Whomever exploits religion in order to promote extremist ideologies by word of mouth, in writing or in any other manner, with a view to stirring up sedition, disparaging, or contempt of any divine religion or its adherents, or prejudicing national unity, shall be punished with imprisonment between six months and five years, or the payment of a fine of at least EGP 500.”

Naoot previously said her referral to court was the “price paid by the bearers of the torches of enlightenment in every age…”. She expressed her “full respect” for the judiciary and for the prosecution and hopes to be acquitted from charges.

The trial comes amid public debate over religious freedoms and imprisonment as an oppressive tool of the freedom of speech. The verdict coincides with another scheduled court session for Islamic researcher Islam El-Beheiry.

El-Beheiry is appealing against a one-year prison term, having been convicted under the same law. His trial had sparked public controversy as he received the support of journalists, writers, scholars, and human rights’ defenders.

A campaign emerged in November, currently adopted by the Egyptian Secularist Party that is under foundation, calling for the abolition of charges of religious contempt.