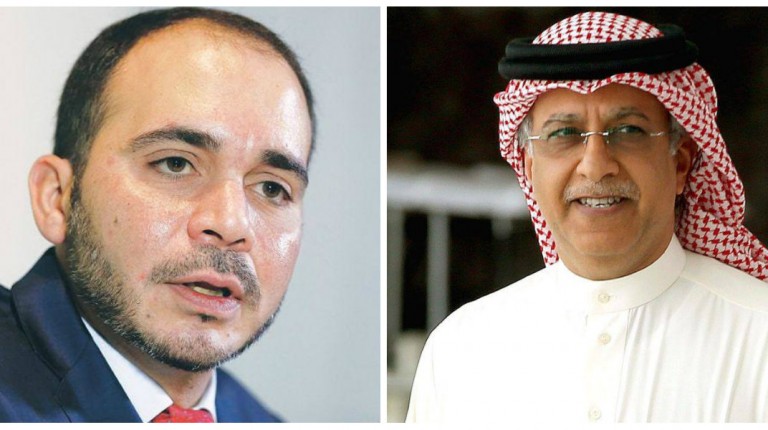 World football association FIFA has confirmed that five candidates will compete for the presidency of world football’s governing body, with voting set to take place on 26 February.

Vice president and former France national team legend Michel Platini was banned from football for eight years following a decision from FIFA’s ethics committee, which he appealed. The decision will go to the court of arbitration for sports if his appeals are rejected. Platini was widely expected to succeed in the elections, prior to the decision.

These are the profiles of the top Arab candidates contending for the FIFA presidency.

FIFA vice-president and President of the Asian Football Confederation (AFC) Sheikh Salman is the cousin of the King of Bahrain and a member of the Bahrain Royal Family. He graduated from the University of Bahrain in 1992 with a bachelor’s degree in English Literature and History.

In the 1980s, he played on the youth team of the Bahraini Riffa Club. Shaikh Salman has held executive positions at the Bahrain Football Association (BFA). He was elected vice president, then became the BFA’s president in 2002. He has also served as the Co-Chairman of the Disciplinary Committee at several FIFA tournaments, such as the FIFA World Cups, FIFA Beach Tournaments, FIFA Club Championships. He was also deputy chairman of the FIFA Disciplinary Committee at Beijing in 2008.

He is known as a major Manchester United fan, having lived in London while studying accounting. He is considered the most senior candidate among the five battling for the presidency.

Born in 1975, Prince Ali is the third son of King Hussein of Jordan, and the second child of the king by his third wife, Queen Alia.

He entered the Royal Military Academy Sandhurst in the United Kingdom before continuing his studies in the United States. He served in the Jordanian Special Forces as a pathfinder, and as commander of King Abdullah II′s Special Security in the Royal Guard until 2008. Prince Ali established and directed the National Centre for Security and Crisis Management. He is also the chairman of Jordan’s Royal Film Commission.

Prince Ali announced his candidacy for FIFA President, representing Asia. His campaign focused on change, football ideals, and uniting and raising the profile of Asian countries within FIFA. He won the election for the FIFA vice president position, representing Asia, having managed to gather 25 votes, five more than his opponent at the AFC Congress in Doha, Qatar.

Ali was one of a number of FIFA officials to call for the publication of the Garcia Report into allegations of corruption surrounding Russia and Qatar’s bids for the 2018 and 2022 FIFA World Cups.