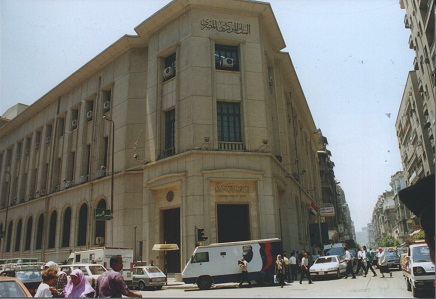 The Monetary Policy Committee (MPC), affiliated to the Central Bank of Egypt (CBE), will hold its first meeting in 2016 on Thursday to discuss the basic interest rates at the CBE..

The MPC decided during its last meeting on 24 December 2015 to raise basic interest rates by half a percentage point, resulting in an overnight deposit rate of 9.25%, an overnight lending rate of 10.25%, and a main operation and discount rate of 9.75%.

According to Director General of the Treasury at the Industrial Development and Workers Bank of Egypt (IDBE) Haitham Abd Al-Fattah, the MPC is expected to raise the interest rates at the CBE during the next meeting by a  quarter to a half of a percentage point.

Abd Al-Fattah said the most recent inflation rate measurements showed that the movement of commodities prices is almost stable, which alleviates the pressures that may push the CBE to raise the interest rates.

“The market expected the interest rates at the CBE to be raised by 1% in the last month but they were only raised by 0.5%, which makes it more likely that they will be raised again in this month,” Abd Al-Fattah said.

The Central Agency for Public Mobilisation and Statistics (CAPMAS) revealed that the annual headline inflation rate was 11.06% at the end of December 2015.