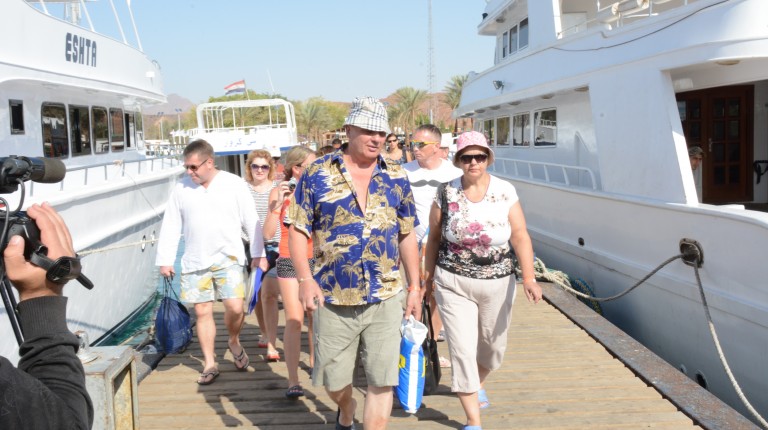 He demanded that the Ministry of Tourism and tourism companies elaborate a plan and implement it to prepare it for the re-initiation of Russian flights to Egypt.

Moscow suspended Russian flights to Egypt after the Russian plane crash on 31 October, killing all 224 passengers and crew members on board. The plane crashed in Sinai on its way back to Russia from Sharm El-Sheikh.

Egyptian tour operators and hotels filed lawsuits against Turkish tour operators working in Egypt such as Pegas Touristik and TEZ Tour to collect their financial dues.

“Russians usually visit Egypt for coastal tourism in South Sinai and the Red Sea,” El-Zayat said and that they prefer Egypt due to its low cost of tourism services compared to other Mediterranean countries. During 2014, Russian tourism flows to Egypt reached its peak marking 3.1 million tourists achieving revenues of $2.5bn.

South Sinai Investors Association Chairman Hisham Ali said the occupancy rate at the moment ranges from 15%-20% due to Russian and British flight ban in place since November 2015.

The Egyptian tourism sector is losing more than EGP 3bn per month in direct and indirect losses due to the Russian and British flight ban, according to the estimations of Minister of Tourism Hisham Zaazou.

Owner of a number of Egyptian tourism companies said that British flights will not return before May after finalising reviewing airports security measures, which are expected to take three months. They said the British flight ban is limited to Sharm El-Sheikh, noting that other flights are operating in other Red Sea area but with low number of tourists.

“The losses of hotels in Red Sea area due to British flight ban are larger than losses of Sharm El-Sheikh hotels,” El-Zayat said and that Russian tourism represents 55% of tourism visiting Hurgada, while this percentage is lower in Sharm El-Sheikh.