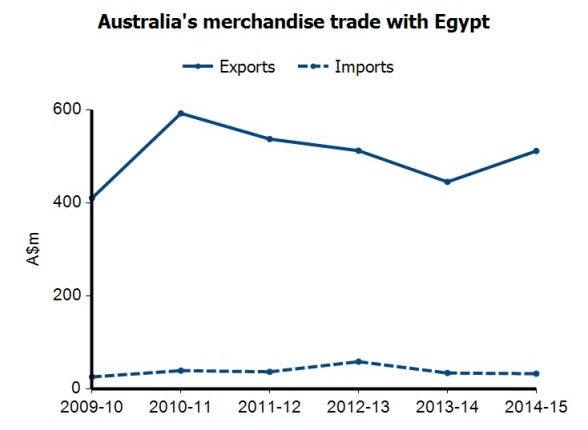 The delegation is composed of 40 representatives from the Australian government and private sector.

Hawkins made the announcement at a meeting on Friday with Minister of Investment Ashraf Salman, during which he invited the minister to attend the delegation’s deliberations.

Australia ranked 33rd among countries providing imports to Egypt in 2014, representing 0.6% of the total imports. It also ranked 74th among countries to which Egypt provides exports, according to reports from the Australian Department of Foreign Affairs and Trade.

The Egyptian government aims to increase the percentage of private sector investments to 75% in FY 2015/2016, seeking to register $10bn in Foreign Direct Investments (FDI).

Egyptian-Italian summit to discuss increasing investments in Egypt in February